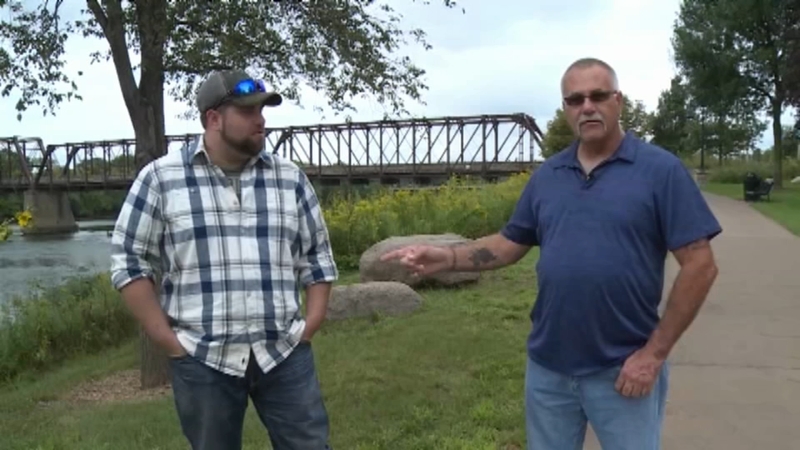 CHIPPEWA FALLS, Wisconsin -- A pair of co-workers in Wisconsin made an amazing discovery.

They found out they're not just friends. As it turns out, they're also father and son.

Nathan Boos knew he was adopted, and his adoptive parents knew who his biological parents were, but since Nathan never asked, they never told him.

Then one day, his mom stopped over and told him he was Facebook friends with his biological dad.

Both men are truck drivers for the same company and have worked together for two years.

"It's still kind of a shock, and there are days I'm not sure exactly what to say or how to act. I mean he is my son but we didn't have that father-son relationship growing up, and then we became working partners before we knew who we really were," said Robert Degaro.

"We're just taking one day at a time, one mile at a time as we say," said Boos.