'It will be tough competition:' UH Coogs ready to take on UAB Dragons in NCAA tourney 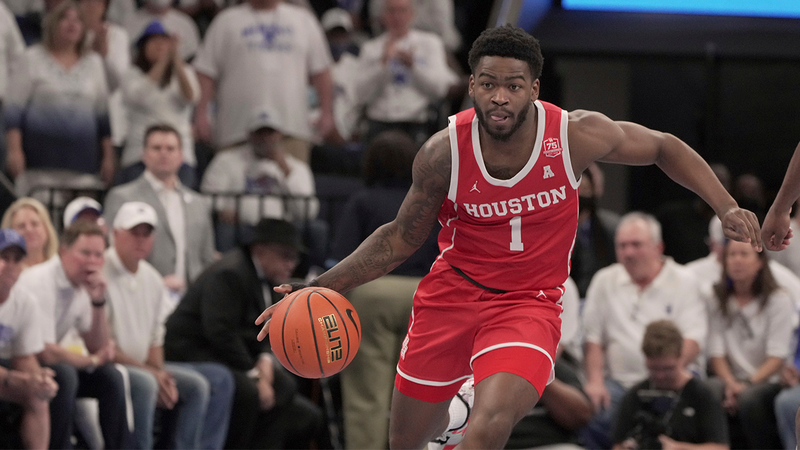 HOUSTON, Texas (KTRK) -- The University of Houston Cougars are preparing to head to Pittsburgh for the first round of the NCAA tournament, but before all that, there's a big sendoff party.

The men's basketball team gets on a bus at 9:30 a.m. Wednesday to head to the airport, and of course, the fans are invited to come out and cheer them on.

No. 5 ranked UH has a big matchup Friday against No. 12 University of Alabama at Birmingham in the first round of the Southwest Region bracket. It's the Coogs versus the Dragons.

The Coogs are coming off another winning season, posting a 29-5 overall record, and of course, capping off the regular season as the American Athletic Conference Champions.

And if that was not already such a big accomplishment, head coach Kelvin Sampson was named AAC coach of the year.

The Coogs are already sizing up the competition, watching a lot of film of their opponents.

"They are a really good team. They're a good offensive team," said UH guard Jamal Shead. They are a good backcourt combo. It will be tough competition, but it's what we want."

Fans can join in on a final sendoff party at the TDECU stadium garage off Holman Street near Cullen from 9 a.m. to 11 a.m.

Join the Coogs as they head out for NCAA Tournament@MarchMadnessMBB Send Off set for 9:30 am WEDNESDAY outside Guy V. Lewis Development Facility on Holman Street