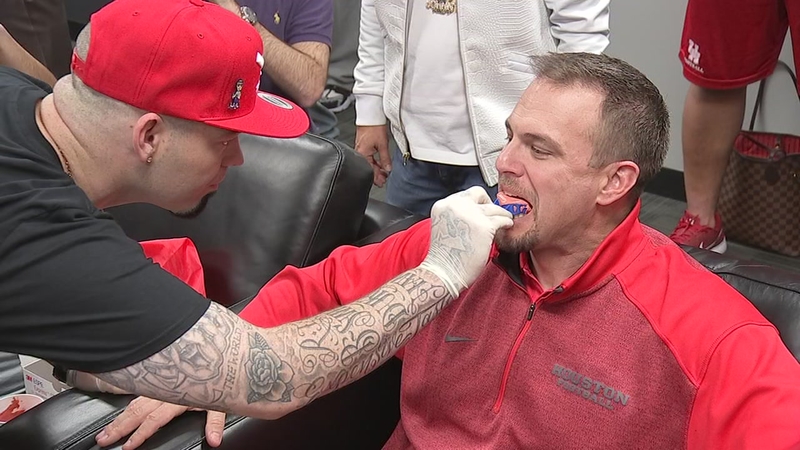 HOUSTON (KTRK) -- University of Houston coach Tom Herman might cause a cold front when he takes a deep breath since he was just fitted for a diamond grill by rapper Paul Wall.

The People's Champ went to Houston's football offices Tuesday to personally fit the AAC champ for a diamond grill.

Herman is fulfilling a promise he made to his team before the American Athletic Conference. He told the Coogs if they won the game, he would get a grill. The Cougars won the AAC title against Temple University on December 5 to advance to the Chick-fil-A Peach Bowl.

Paul Wall, who also attended the University of Houston, says the grill he is designing for Herman will be worth a little under $15,000.

Herman and Wall will debut the grill next week. We are waiting to see if Herman's mouth will look something like a disco ball at the Peach Bowl on December 31 in Atlanta.