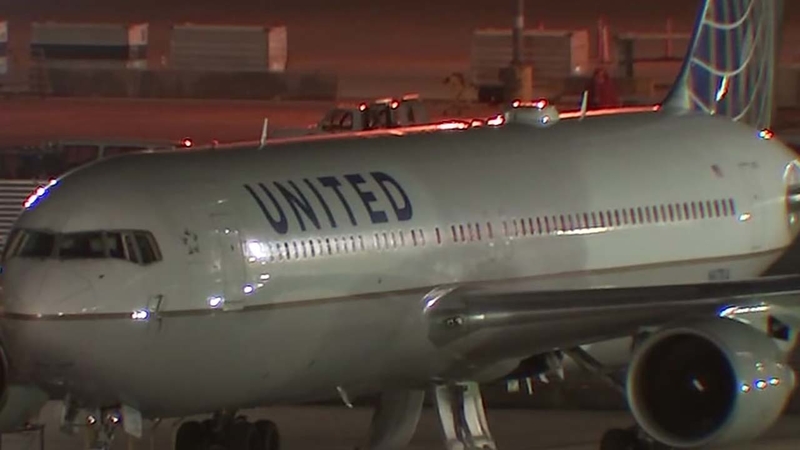 HOUSTON, Texas (KTRK) -- A scorpion was reported on a United flight at George Bush Intercontinental Airport, according to passengers onboard the plane.

Joe Fagundes, a passenger on the plane, told ABC13 that the flight crew made an announcement that a scorpion came out of someone's bag.

According to United, paramedics at the gate examined a passenger and determined that he had not been stung.

No scorpion was found on the plane, Fagundes said.

"Houston to Quito flight 1035 returned to the gate after a scorpion reportedly emerged from a customer's clothing. Paramedics at the gate immediately examined the customer and determined that he had not been stung. The customer declined further medical treatment, and as a precaution, a new aircraft was arranged. We provided all passengers with a meal voucher due to the delay and the flight, with the customer aboard, has departed for Quito."