Houston rallied outside Houston City Hall in support for Ukraine 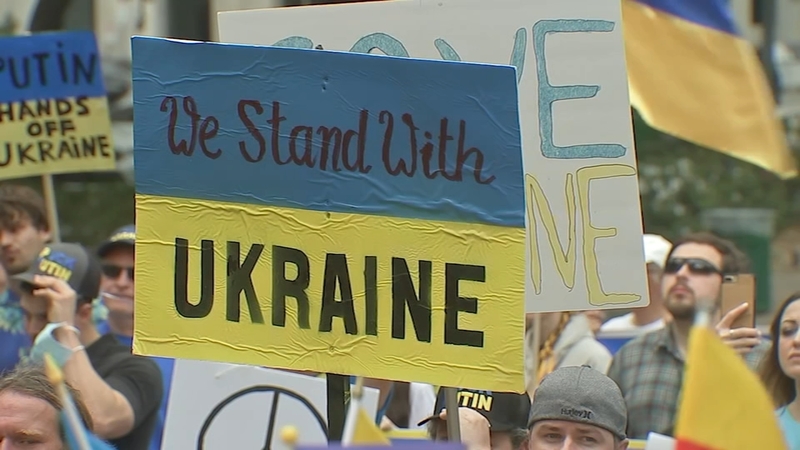 Many are either from Ukraine or have family still there. One woman was on facetime with her friend, who said her entire family was getting bombed. There's no connection, and they're hiding in shelters.

There were also protestors with no Ukrainian ties who wanted to show their support.

The majority of protestors told ABC13 they are asking for a no-fly zone, military support, and medical aid from the U.S. government.

"We can start with step one, is this. No-fly zone. Please save Ukrainian lives The innocent lives of children and warriors there," said another demonstrator.

You can feel the uncertainty and fear among many. One woman says her 85-year-old mother is in Ukraine and can't leave because of her age and health issues. So she has to stick it out while her city is being bombed.

Others say they know people who can't connect with their loved ones, so they don't know if they are alive.

"It's heartbreaking we are talking about people's families torn apart. Men stay to fight, and women stay to fight. A mom is leaving her kids in the bomb shelter while she goes on to fight," a woman said.

The director of the Ukrainian school of Houston told ABC13 she has had a handful of American citizens call her asking how they can enlist.