UHD student threatens violence on Snapchat after his class was cancelled: police 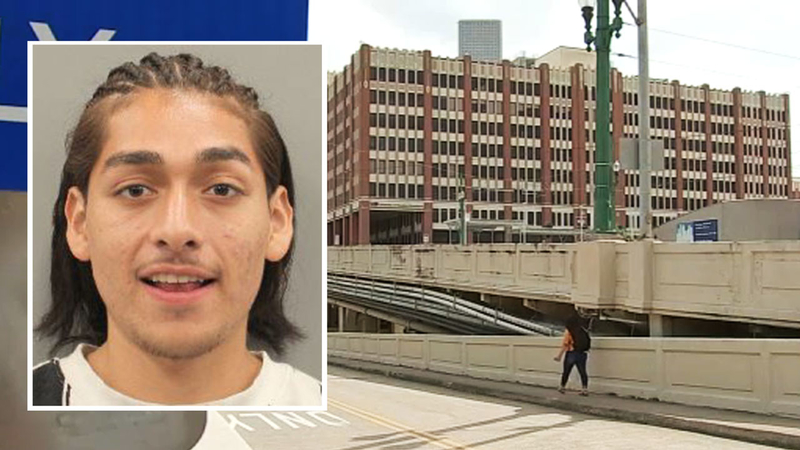 HOUSTON, Texas (KTRK) -- A 19-year-old UHD student, upset over a cancelled class, is accused of making a threat of violence against his university on Snapchat.

Oscar Rincon, 19, has been arrested by Houston Police after receiving a tip from the FBI.

Police say Rincon posted a threat and a picture of his empty classroom on Snapchat Tuesday night.

"Last night, approximately 8 p.m., we were contacted by the FBI," UHD Police Chief Michael Benford told ABC13 Wednesday afternoon. "They were monitoring social media, came across a post by one of our students, he posted he was going to shoot up our building."

"They came out, knocked on the door. No one was answering for a while and then they kept knocking," recalls neighbor Nancy Duncan, who saw the arrest. "Someone came out and they brought the gentleman down this way and they arrested him. That is scary to be living next door to someone who has that in his mind."

Rincon allegedly admitted to investigators he made the post because he was upset his class was cancelled. He maintained he didn't mean it.

"I never take threats like that jokingly, so we'll treat it as a threat," Chief Benford said. "Our goal was to investigate as quickly as possible to make sure we had all the facts."

Rincon was booked into jail and is expected in court Thursday. The state is requesting a high bond.

Students who spoke with Eyewitness News Wednesday were shocked by the news.

"A lot of people taking that as a trend, like video games and stuff, and they don't understand the effect of it," UHD graduate student Irene Norris said. "That sucks. He's really (about) to spend time in prison."

"Right now, I feel like they are welcoming incoming freshman and it feels safe right now, but with that, I don't know, for now, for sure if I see that on my Snap, I don't know," new student Vini Diaz said.