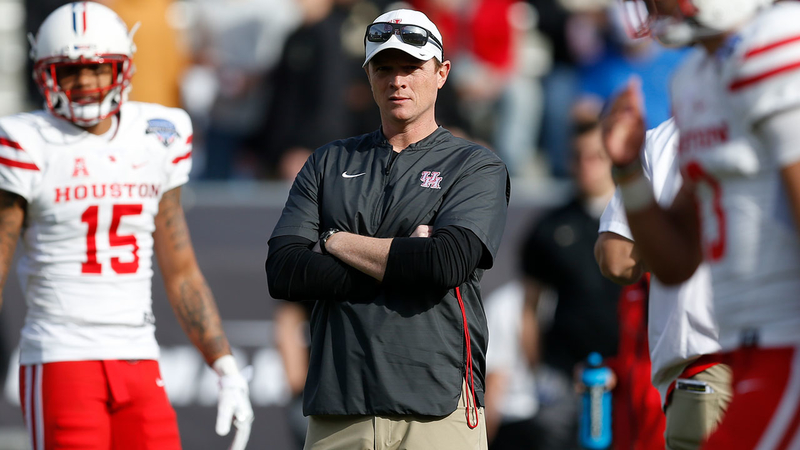 HOUSTON, Texas (KTRK) -- One look at the final score of Saturday's Armed Forces Bowl, and there's no doubt the Houston Cougars should feel embarrassed.

Injuries to stars D'Eriq King and Ed Oliver are one reason for the Cougars struggles, but some argue that a program like Houston should be better equipped and prepared than they appear.

Since taking over for Tom Herman in 2016, head coach Major Applewhite boasts a 15-11 record, including 0-3 in bowl games.

The Houston Cougars found themselves on the wrong end of history, losing to Army, 70-14.

When Applewhite was hired to replace Herman, expectations for him were simple, but high.

"I think you can look forward to Major (Applewhite) being here for many years," said Tilman Fertitta, Chairman of UH's Board of Regents. "But he better win nine, 10, 11 games a year too."

Now with back-to-back seasons of less than nine wins, Applewhite's future is uncertain.

While nothing has been decided, reports are that Applewhite's future will be reviewed and evaluated by Fertitta and UH President Renu Khator.