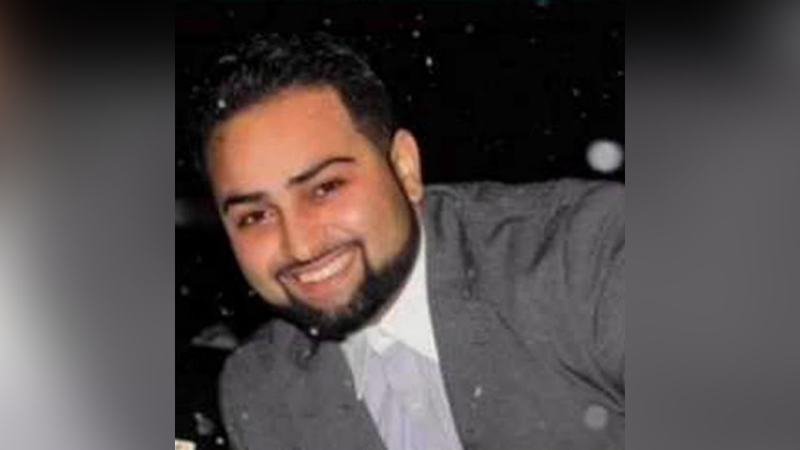 WHITE PLAINS, New York -- An Uber driver is facing charges after investigators say he kidnapped, terrorized and assaulted a passenger before dumping her on the side of a highway.

Harbir Parmar, 24, has been charged with kidnapping and wire fraud, according to court documents. He was arrested at his Queens home Tuesday and released on bail Wednesday morning.

According to authorities, Parmar picked up a woman who requested a Uber ride from Manhattan to her home in White Plains around 11:30 p.m. on Feb. 28.

When she fell asleep, authorities say Parmar changed the destination in her app to Boston.

The woman told police when she woke up, Parmar was on top of her with his hand under her shirt. She demanded that he take her home or to the nearest police station.

Instead, investigators say Parmar dropped her off on the side of the road in Branford, Connecticut.

"This individual's behavior goes far beyond ride sharing companies efforts to revise their ethics codes and put stronger emphasis on background checks for their drivers," NYPD Commissioner James O'Neill said. "The people we serve deserve much better. These charges are appalling, and such behavior will never be tolerated by the NYPD or any of our local, state, or federal law enforcement partners."

Additionally, authorities say Parmar sent false information about customers destinations through the app on at least 11 occasions between December 2016 and February 2018. He is also accused of improperly charging customers.

"What's been reported is horrible and something no person should go through. As soon as we became aware, we immediately removed this individual's access to the platform. We have fully cooperated with law enforcement and will continue to support their investigation," an Uber spokesperson said.

The FBI says they believe there could be other victims and are asking anyone who had this driver to contact them at (914) 925-3888. He apparently drove for other companies as well.

Parmar has been licensed to drive a TLC vehicle since December 2015 and his record was clean. His TLC license has since been suspended.

The TLC released the following statement:

"When passengers of any for-hire service experience any kind of problem, it is crucial that they notify the TLC through 311, online or by phone. If a passenger notifies the company of the problem directly, the most they can do is remove that driver from their own system. Filing a complaint with the TLC, however, would result in an investigation and, potentially, more serious actions such as license suspension and revocation that are only possible through the TLC. We strongly encourage passengers to reach out to the TLC whenever they have a question or complaint about the service they've received."