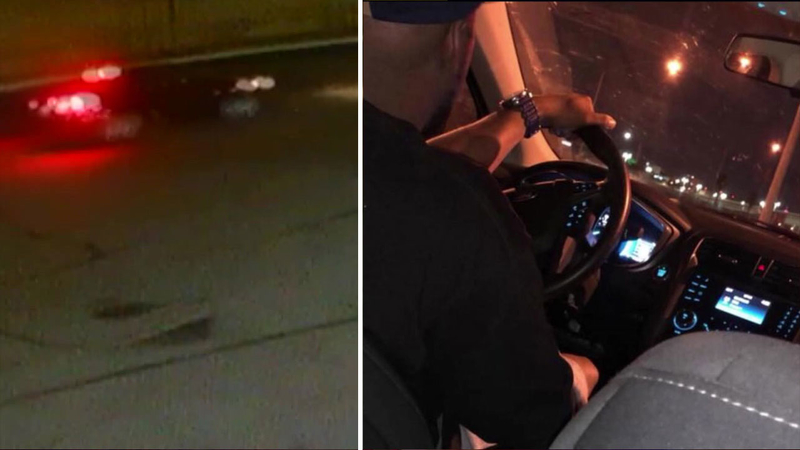 LAS VEGAS, Nevada -- A woman who went inside a car that she believed was her Uber ride said she escaped the moving vehicle when the driver began to rob her.

Elizabeth Suarez told KTNV that she was waiting for her ride outside of the Park MGM hotel-casino on the Las Vegas Strip in July. She said she received an alert that her Uber would be arriving soon. She saw a car matching the description and got inside.

According to Suarez, she didn't realize the driver wasn't hers until she received a phone call from the real Uber driver who was looking for her.

After realizing she was in the wrong Uber, she posted on her Snapchat hoping to alert friends that she was in trouble. Suarez says after her flash went off from taking a side picture of the driver, he aggressively demanded for her to give everything she had on her, including her wallet and cellphone.

That was when Suarez jumped out of the speeding car. She suffered a head injury, a fractured wrist and a badly broken ankle as a result.