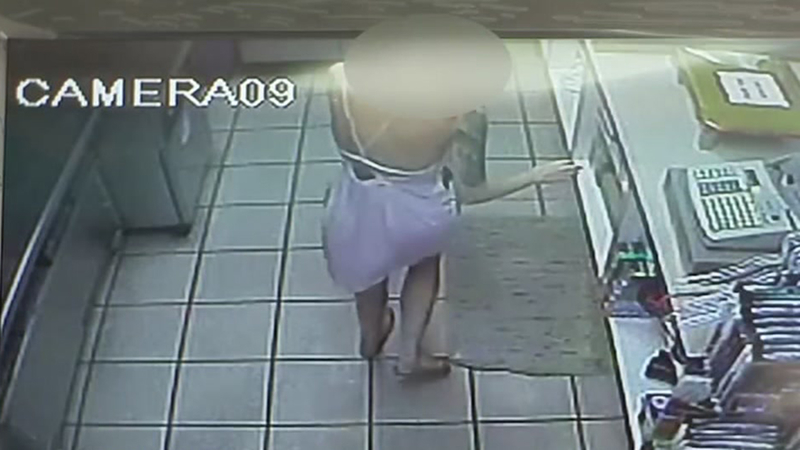 Sarah said she was drinking with her friends in downtown Houston Saturday night. She continued celebrating at her friend's home in north Houston.

Something happened at her friend's house that made her uncomfortable, so she walked to the Chevron gas station on Irvington Blvd and called her husband, Adam Benton, to come pick her up.

"So I called Uber to come pick her up at the location where she was at, and when the gentleman got there, he assured her that everything was going to be safe," Benton said. "And that she'd have a safe ride home."

Security video from inside the gas station shows Sarah sitting behind the deli counter and making a phone call.

Video time stamped at 4:47am shows the Uber driver walking into the store. In the video, he places his arm around Sarah ad they walk to his car.

From 4:54-5:05am, Sarah and the driver are inside the parked car. It is not clear what is happening inside the car during that time.

"I feel so embarrassed, but I passed out. And when I woke up, he had his hand inside me and was kissing my neck," Sarah said.

Sarah ran back inside the gas station to call 911 and contacted her husband again.

Video shows paramedics took Sarah's vital signs inside the gas station while police questioned the Uber driver outside. The video shows the driver was not placed in handcuffs.

No charges have been filed against the Uber driver. The Special Victims Unit within HPD is still investigating the alleged sexual assault.

A spokeswoman for Uber said the driver in question is not allowed to drive for Uber during the investigation.

"We are deeply concerned by today's report. We are in close contact with law enforcement and the driver in question has been removed from the Uber platform," an Uber spokeswoman said.

The Uber driver passed the city of Houston background check and also has a valid limousine license.