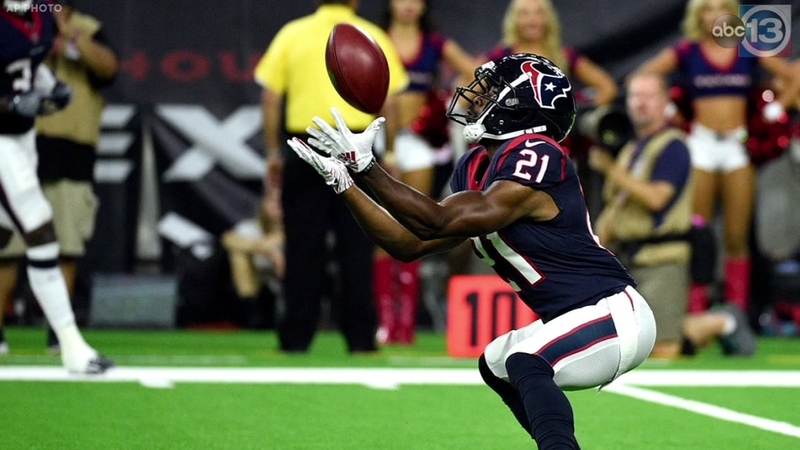 HOUSTON, Texas (KTRK) -- Looking to shore up the return game for the second half of their regular season, the Houston Texans picked up wide receiver DeAndre Carter off waivers and waived primary kick returner Tyler Ervin in a corresponding move.

Ervin was selected by Houston as a fourth-round pick in the 2016 NFL Draft out of San Jose State University.

Ervin played in 12 games in his rookie season, but only four in 2017 before being placed on injured reserved.

Officially on the roster as a running back, Ervin returned 56 punts for 495 yards and 29 kickoffs for 609 yards with the Texans. His longest punt return was 57 yards back in 2016. His longest kick return was 36 yards set this season.

He has not returned a punt or kick for a touchdown.

DeAndre Carter joins the Texans as the appointed kick returner for the rest of the 2018 season. Carter was waived from the Philadelphia Eagles practice squad after signing with the team in the summer.

He also has stints with San Francisco 49ers, New England Patriots, Oakland Raiders and Baltimore Ravens, mainly as a practice squad member. He entered the league in 2015 as a rookie free agent out of Sacramento State.