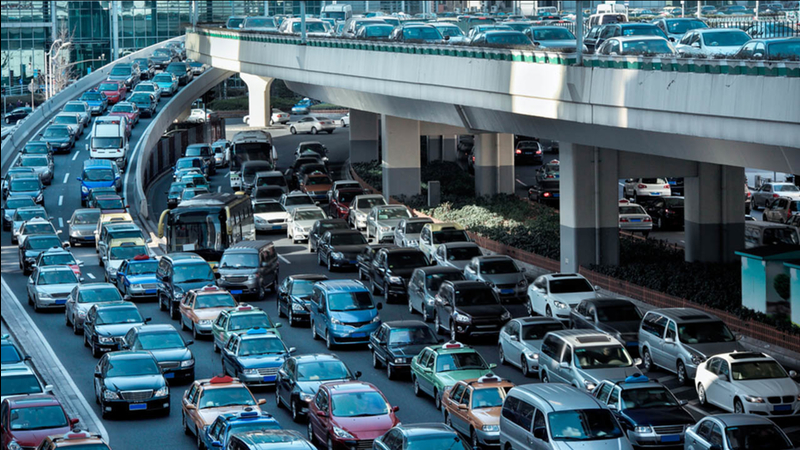 Residents predict increased traffic from I-69 and Loop 610 closure

For the next two years, construction will impact drivers headed from downtown toward places like Bellaire, Meyerland, and Sugarland. The detour is also expected to affect Houstonians in the West University neighborhood.

"I imagine it's going to get a bit crazier," said Cathy Rotter, a West University resident.

Now that the ramp from I-69 South to 610 South is closed, TxDOT is encouraging people to avoid the interchange. If that's not possible, the detour will take drivers to the Fountain View exit where they can make a U-turn, get back on the northbound lanes, and then continue to 610 South.

"We're not saying that the detour is going to be ideal. It's not. There's going to be a queue and a backup at most times. So, we are asking people to seek an alternate route," said Danny Perez with TxDOT.

Many drivers may choose to cut through the West University neighborhood. Residents said that's no surprise. The project believed to improve I-69 and Loop 610 has increased traffic in the area, off and on, since 2018.

"I've been there before when they've shut down stuff, and you know, you try to find an alternate route. Sometimes it's through the neighborhood," Rotter said.

The back-ups and delays created by the two-year closure will cause headaches, but they may be worth it in the long run. TxDOT said the work will improve highway safety, and they plan to get it done as quickly as possible.

"If we can work to get it open sooner, we are certainly going to do that. Once it's open, it will be open to two lanes," Perez said, "It'll provide better flow than what you see out there now. It will provide more efficient and safe travel for people going through the interchange."

RELATED: Expect total closures while we hit final 2 years of 7-year reconstruction project at I-610, US-59

Rotter also had some advice for or people going through the neighborhood instead.

"Just slow down, because there's so many people walking. So many kids ride their bikes to school. People go out walking their dogs like I am. So, be considerate and slow down," said Rotter.