By SHANNON NAJMABADI, THE TEXAS TRIBUNE 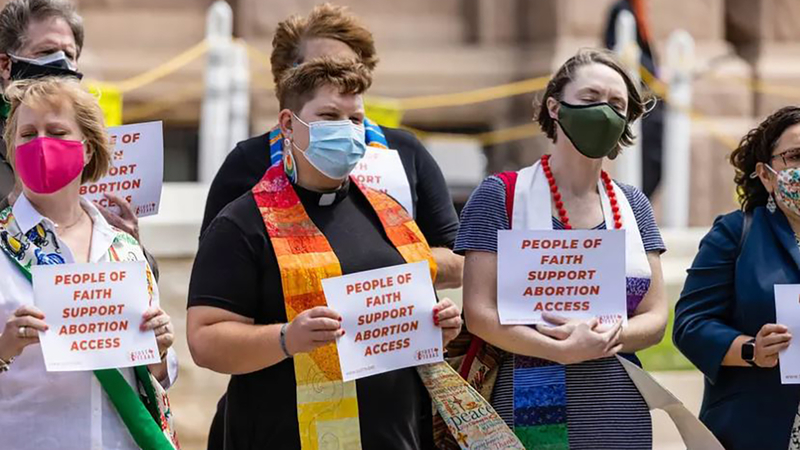 Texas lawmakers are poised to enact sweeping restrictions on access to abortions, prohibiting the procedure as early as six weeks, and opening the door for a potential flood of lawsuits against abortion providers.

The House on Wednesday gave initial approval to a priority "heartbeat" bill passed by the Senate earlier this spring, which has backing from nearly every Republican senator and more than 60 members of the House. The legislation must still get another vote in the lower chamber before it's sent to the governor, who has signaled that he is looking forward to signing it into law.

Abortion rights advocates say the legislation is among the most "extreme" measures nationwide and does not exempt people pregnant because of rape or incest. Beyond the limitations on abortion access, the bill would let nearly anyone - including people with no connection to the doctor or the woman - sue abortion providers, and those who help others get an abortion in violation of the proposed law. People who support abortion funds and clinics could also be hit with lawsuits, and lawyers warn those sued would not be able to recover some of the money they spent on their legal defense.

The "unprecedented," "extraordinary," and "exceptionally broad" language in the bills means "family members, clergy, domestic violence and rape crisis counselors, or referring physicians could be subject to tens of thousands of dollars in liability to total strangers," nearly 400 Texas lawyers told House lawmakers in an open letter circulated by abortion rights advocates.

In a separate letter, more than 200 physicians said the bill would place doctors "at risk of frivolous lawsuits" and create a "chilling effect" where providers are reticent to give information "out of fear of being sued."

The language in the bill is broad enough to open doctors from all specialties - like pediatrics and emergency medicine - up to lawsuits, the letter said, adding that "as licensed physicians in Texas, we implore you to not weaponize the judicial branch against us to make a political point."

The bill, Senate Bill 8, bans abortions after a fetal heartbeat can be detected without specifying a specific timeframe, but a legislative analysis and its proponents have said that can be as early as six weeks.

This developing story will be updated.