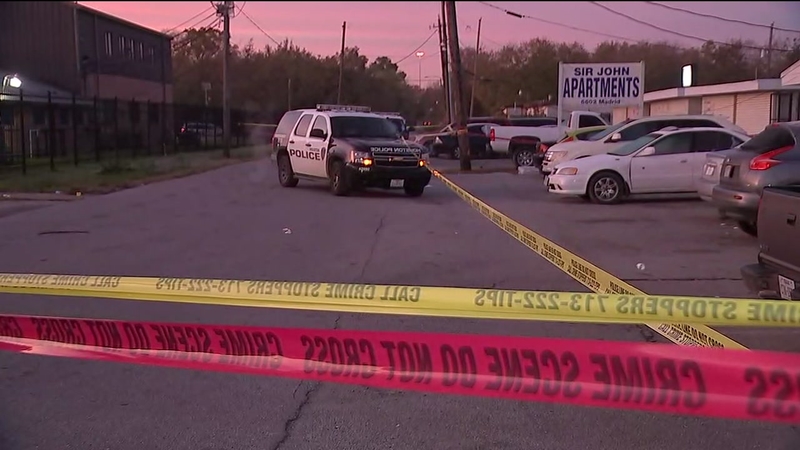 Officers responded to the Sir John Apartments on Madrid Street a little after midnight. Upon arrival, officers found a 16-year-old and 14-year-old shot. They were transported to the hospital.

Police still looking for the driveby shooter who killed a 16 year old. Several cars were hit by bullets. #abc13 pic.twitter.com/zqfAmT9aWc

The 16-year-old male died at the hospital. The 14-year-old female is in critical condition, but police say she is doing much better.

HPD investigators are on the scene trying to determine if the teens were targeted.

"We have spoken to people who heard things and saw things, but that's about it. If anybody has any information they can contact the Houston Police Department homicide division or Crimestoppers," said HPD officer S.M. Ragsdale.