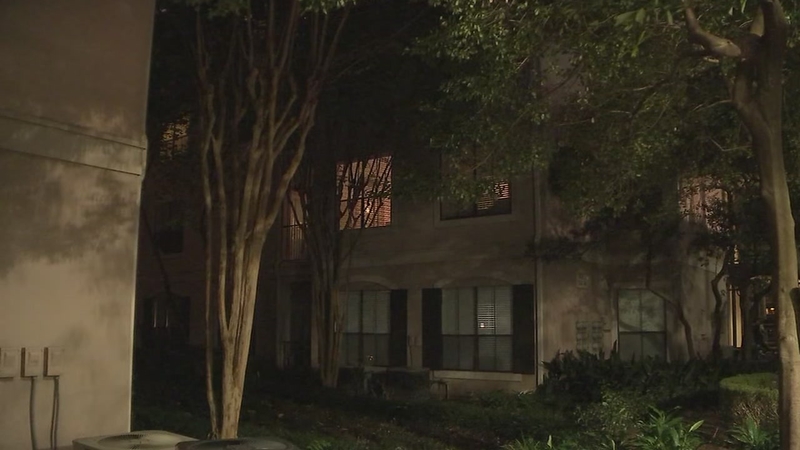 HOUSTON, Texas (KTRK) -- Both of the boys involved in an apparent murder-suicide at a luxury apartment complex in Upper Kirby have been identified.

The Harris County Institute of Forensic Sciences says 15-year-old Samuel Yeargain and 15-year-old Pierce Schwartz were found dead inside an apartment in the 3100 block of Buffalo Speedway.

The mother of one of the teens discovered their bodies when she came home at 5:20 p.m. Thursday.

Police would not say which teen was the shooter, if there appeared to be a struggle or if any note was left behind.

The mother who found her son and the other teen told police her son was having issues recently.

He says the school already has an extensive service center set up for kids to talk about issues they are having.

"They actually have social workers, psychologists, licensed practicing counselors on hand and they have the ability to reach out through their network to bring in other resources," McSwain explained.

Thursday night, HISD released a statement about the boys' deaths:
"The Houston Independent School District is saddened to learn about the tragic deaths of two students from Lamar High School that occurred off-campus. We extend our deepest sympathies to each student's family and friends, as well as the school community. The district is making grief counselors available at Lamar to assist school administrators and students."

As for preventing something like this, he says it is vitally important that parents let their kids know that no matter what, Mom and Dad will love and support them. Doing that keeps the line of communication open and could prevent a tragedy.
Report a correction or typo
Related topics:
houstonshootingdouble shootingperson killed
Copyright © 2022 KTRK-TV. All Rights Reserved.
TOP STORIES
Harris Co. judge accused of unlawfully arresting former TV journalist
Gulf disturbance up to a 40% chance of development
'Armed and dangerous' man escapes from Texas hospital
Two people hospitalized after boat crash in Lake Houston, HFD says
Man wanted in wife's death fatally struck by van, police say
Big rig lands nose-first into construction hole in west Houston
Burn ban in effect for unincorporated parts of Harris County
Show More
HPD responds to reports of threat at Ben Taub hospital, police say
81-year-old missing for nearly week in need of medication, family says
50 migrants die after 18-wheeler abandoned in Texas heat
A glance at migrant smuggling deaths globally since 2000
Abortions before 6 weeks allowed to resume in Texas after court order
More TOP STORIES News