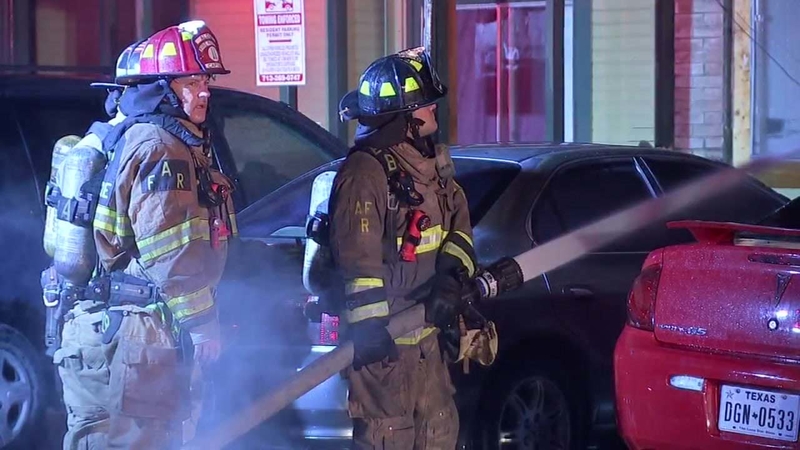 HOUSTON (KTRK) -- Fire officials say at least one person has died in an apartment complex that went up in flames this morning in north Harris County.

Firefighters arrived just after 4am to a fire at the Royale De Ville Apartments on Richcrest Drive near Imperial Valley Drive.

Aldine Fire Department officials called for a second alarm upon arrival at the fire.

Dozens of residents were burned out of their homes, 26 units in all damaged in the blaze.

Fire investigators say one resident has died and another is unaccounted for in the fire.

Residents say they only had seconds to get out. Mothers, fathers and children were all forced into the parking lot on a cold Good Friday.

Michael Random says he and his family were nearly trapped by a roof collapse.

Some of these people are now huddled up in cars, others given blankets by neighbors whose apartments were spared from the fire.

The flames were so intense at one point, a neighbor says one of the cars near the building exploded.

At least five cars parked right in the front of the burning apartments caught fire.