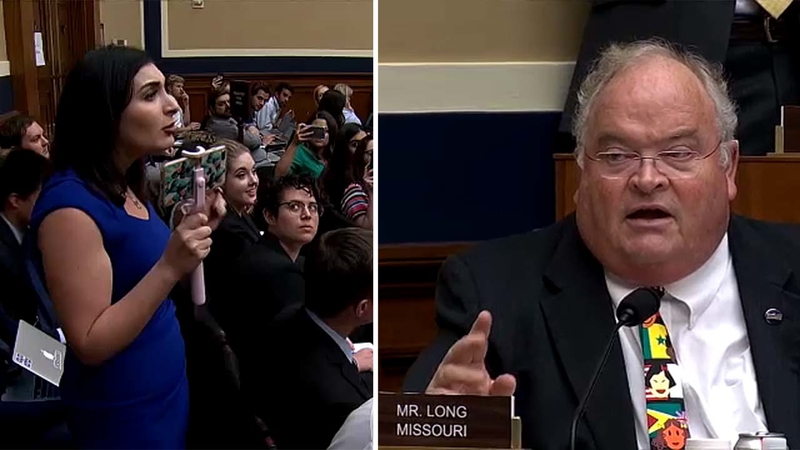 WASHINGTON D.C. -- A House hearing about social media censorship was briefly interrupted as a protester stood up and yelled at Twitter CEO Jack Dorsey. A Republican congressman drowned her out using his auctioneering skills.

A woman stood up and started loudly yelling at Dorsey, complaining about bias and publicly pleading President Donald Trump to help.

As staff appeared to look for security to drag her out, Missouri Rep. Billy Long started speaking in the rapid pace of an auctioneer, pretending to auction something off.

Long, who owned an auctioneering company, finished to applause from his colleagues just as security reached the woman and took her out of the room.