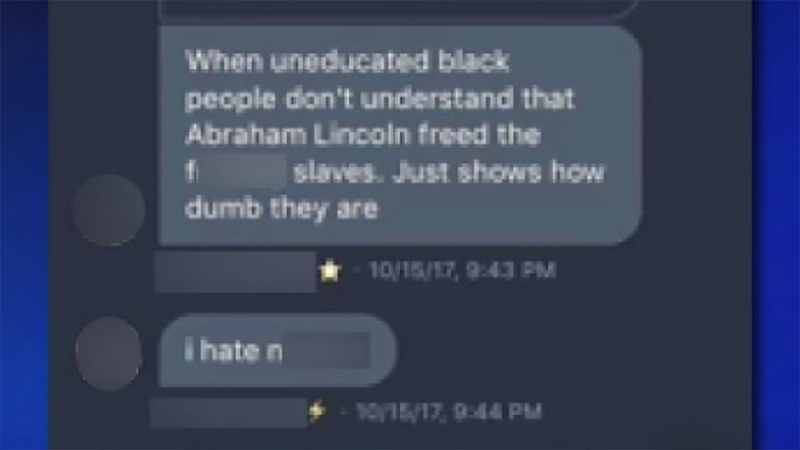 CUMBERLAND COUNTY, North Carolina -- Three Terry Sanford High School students were suspended over a series of racial tweets. According to Cumberland County school officials, the private group message dates back to October but was leaked to the public last week and shared thousands of times on Facebook and Instagram.

The screenshots show a group of Terry Sanford teens going back and forth; one message reads, "I hate n-words." Another said, "This dumb n-word'"

The context of this particular conversation is unknown; however, the school system said all three students were suspended for class one and class two offenses.

"Because it was shared publicly it could interrupt orderly conduct in the schools and would put students at risk because of the nature of those comments," said Interim Superintendent Tim Kinlaw.

ABC11 was not able to reach all of the parents of the students involved; however, other parents of teenagers in Cumberland County said this should be a lesson for all.

"Maybe they need to have a class, send out some literature about social media."

The school district said they're two steps ahead and plan on holding a social media discussion.

"We think it needs to be a student-led initiative," said Kinlaw. "We'll be formulating that over the next few days but students can reach other students better than we can."