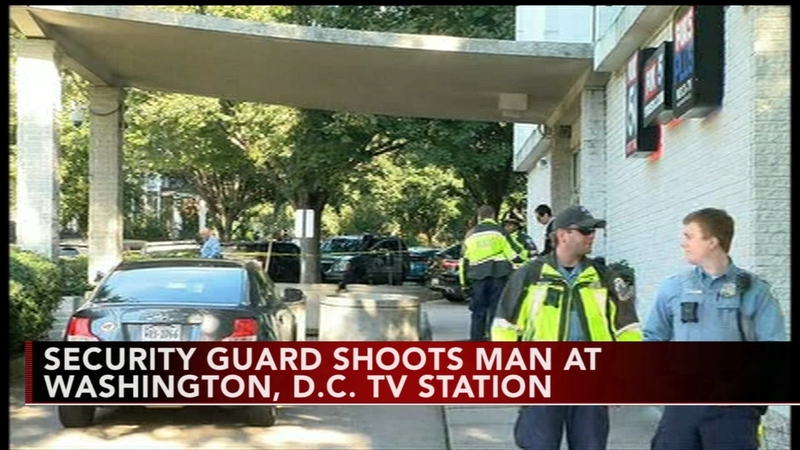 WASHINGTON, D.C. -- A security guard shot a man at Washington's local Fox station Monday after he kicked through a pair of locked doors and tried to enter the lobby, police said.

Commander Melvin Gresham of the Metropolitan Police Department told reporters that the man was apparently unarmed and was in stable condition at an area hospital.

The incident just after 3 p.m. in Washington's Friendship Heights neighborhood put the Fox 5 news crew in the unusual position of covering their own shooting incident live from a building on security lockdown.

The channel broadcast security camera footage showed a man in a red, hooded sweatshirt kicking through the plastic or Plexiglas doors. It also showed footage of the still-conscious man being loaded into an ambulance. The channel reported that the 38-year-old man was shot in the "upper chest" by a security guard.

The building in question contains several different offices, but the lobby the man entered is only for the Fox station.

Source familiar with the matter told ABC News that the suspect who was shot was known to law enforcement authorities and is believed to have a history of mental illness. The suspect has not been identified publicly.