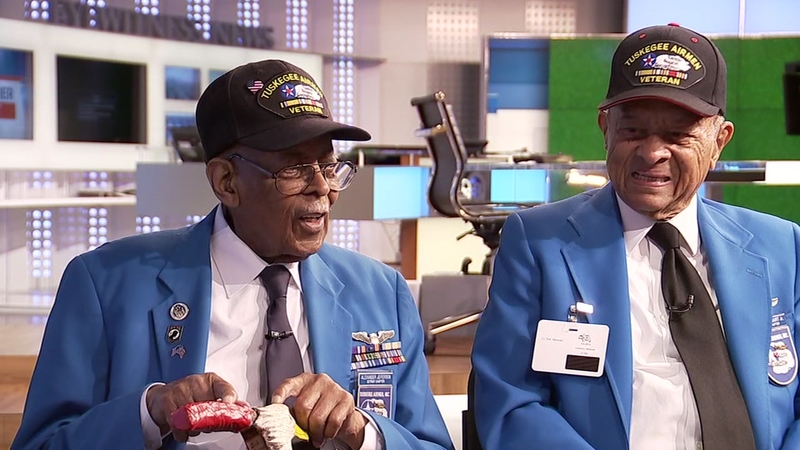 HOUSTON, Texas (KTRK) -- Some of the remaining Tuskegee Airmen were in Houston for a new documentary, which made its debut at the Space Center Houston this weekend.

The Tuskegee Airmen earned a reputation as some of the bravest combat pilots during World War II, even though they were treated as second class citizens.

The new documentary follows the history of the Tuskegee Airmen who were trained to fly in a special army program in Alabama, but were later told they could not be a part of the war because of their race.

At the time, the Armed Forces were still racially divided. But that changed when allied forced needed more pilots, and decided to use the Red Tails to escort bomber planes over Europe.

The men quickly earned a reputation for never losing a man in battle.

Today, only about a dozen of the men are alive to tell their stories of courage.