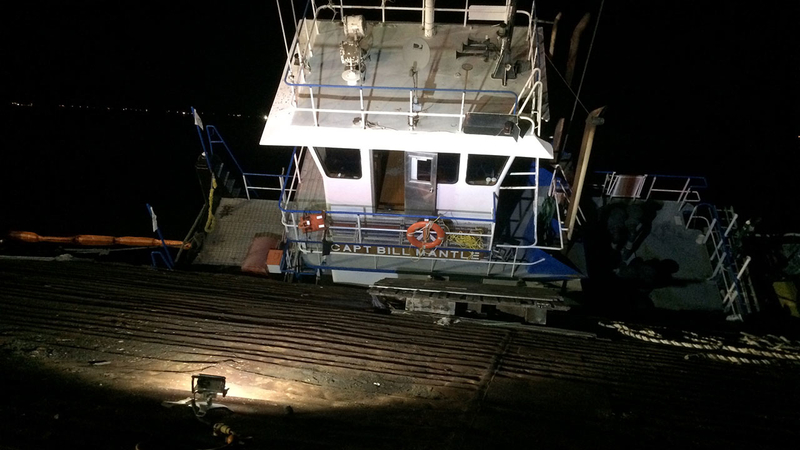 TEXAS CITY, TX (KTRK) -- A fuel spill caused by a tug boat in Galveston Bay has been contained, officials said.

It happened at the Texas Marine Yard in Texas City.

According to authorities with the Galveston County Office of Emergency Management, a tide went out earlier in the evening and knocked a tug boat out in the water on its side.

The tug boat had 7,000 gallons of fuel on board. About 100 to 200 gallons were spilled, according to Galveston County authorities. Crews used a hard boom to contain the spill.

The boat was docked, waiting to be put in a dry dock so no one was on board.