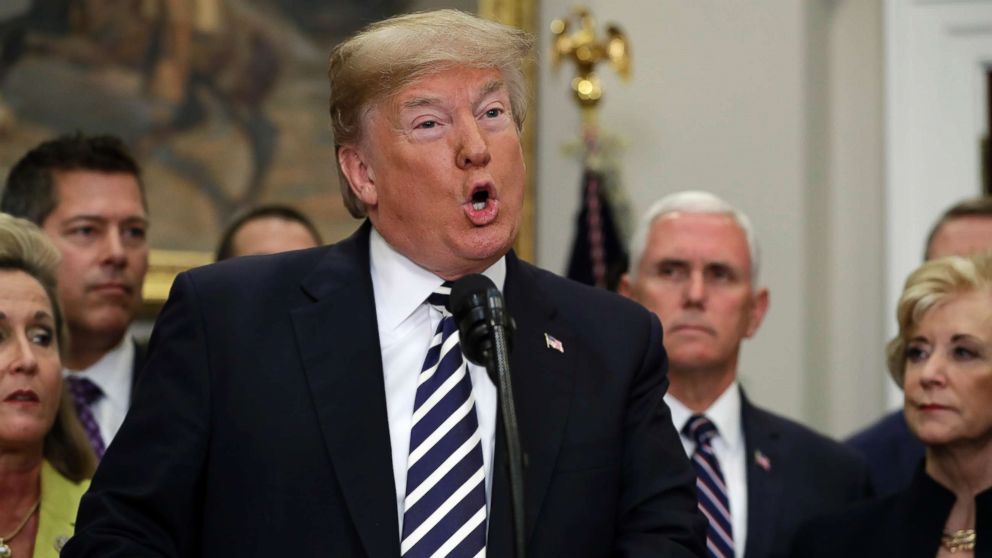 President Donald Trump's nominee for the top State Department position for refugees and migration has drawn fierce criticism over several of his past comments about immigrants.

Dr. Ronald Mortensen, a fellow at the Center for Immigration Studies and a former Foreign Service officer, is known for his hardline views on immigration. He's also criticized top Republicans as advocating for amnesty, and he accused Arizona Sen. John McCain of rolling out a welcome mat for ISIS.

The White House formally nominated Mortensen Thursday to be the assistant secretary of state for population, refugees and migration, the agency's top diplomat tasked with solving refugee crises overseas and potentially resettling refugees in the U.S.

The Trump administration has admitted a historically low number of refugees so far this fiscal year, and advocates are concerned he "has been sent to dismantle the refugee protection and resettlement program at the State Department," said Frank Sharry, executive director of the pro-immigrant group America's Voice.

"This is like Richard Spencer being appointed head of the civil rights unit at [the Department of Justice]," Sharry told ABC News, referring to the white supremacist. "It's not the fox guarding the chicken coup. It's a monster in charge of the chicken coup."

The previous assistant secretary also was critical of Mortensen's nomination.

Anne Richard, appointed by President Barack Obama and now a professor at Georgetown University, told ABC News in an email: "I'm hoping the Senate Foreign Relations Committee will use the confirmation process to determine whether we are still a country that welcomes refugees and immigrants. This was an unshakable part of our identity as Americans, but the Trump administration has unilaterally changed this 241-year old policy."

Neither the White House nor the State Department have responded to requests for comment.

Mortensen has written extensively about his views on immigration, consistently arguing, as he wrote in an op-ed for The Hill last year: "The vast majority of adult illegal aliens are committing felonies by virtue of being active in America."

He's also said immigrants in the U.S. illegally are "lying, cheating and destroying the lives of innocent American children for their own selfish purposes."

But some of his sharpest words have been for McCain, whom he accused of "roll[ing] out the welcome mat for ISIS on America's southern border."

"McCain has provided ISIS with unfettered access to the United States for both its personnel and their weapons of death and destruction," Mortensen wrote in a 2014 op-ed. "Should ISIS or some other terrorist group take advantage of McCain's welcome mat, he will only have himself to blame as he goes in the eyes of many from war hero to collaborator."

He went on to claim that ISIS may be "pre-positioning" on the Mexican side of the border "with car bombs ready to go."

Some advocates said they were skeptical Mortensen would be confirmed because of his comments about Republicans because, as is true with most assistant secretary positions, that's up to the Senate.

For all of his pieces on immigration, however, Mortensen has written and said little about refugee resettlement in America, let alone the massive refugee-aid programs to which the U.S. contributes, including endeavors to protect, repatriate and locally integrate refugees, migrants and others displaced by conflict.