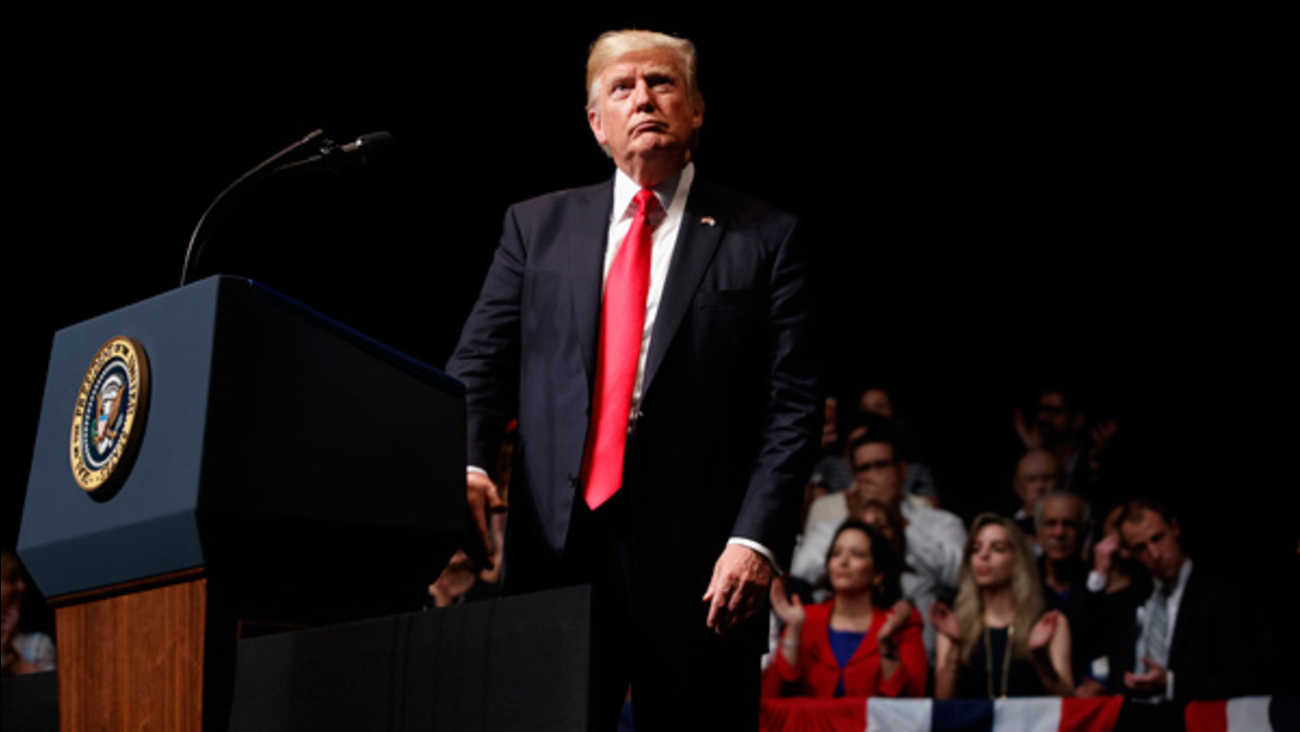 WASHINGTON -- A Time magazine cover featuring Donald Trump hangs on the walls of at least four of the president's golf clubs, in Florida, Virginia, Ireland and Scotland.

But closer inspection reveals that the March 1, 2009, cover is false.

The Washington Post investigated and reported Tuesday that Time had no magazine cover with that date, nor had the publication featured Trump on its cover at any time in 2009.

Is the president who railed against "fake news" as recently as Tuesday decorating his clubs with phony magazine covers?

A Time spokeswoman confirmed for the Post that the cover in question is not real. Representatives for the Trump Organization and the White House declined to comment.

It was unclear who produced the phony magazine cover, or why.

A Time Magazine with Trump on the cover hangs in his golf clubs. It’s fake. https://t.co/GbabQP5hXQ pic.twitter.com/EFTEcyasRE