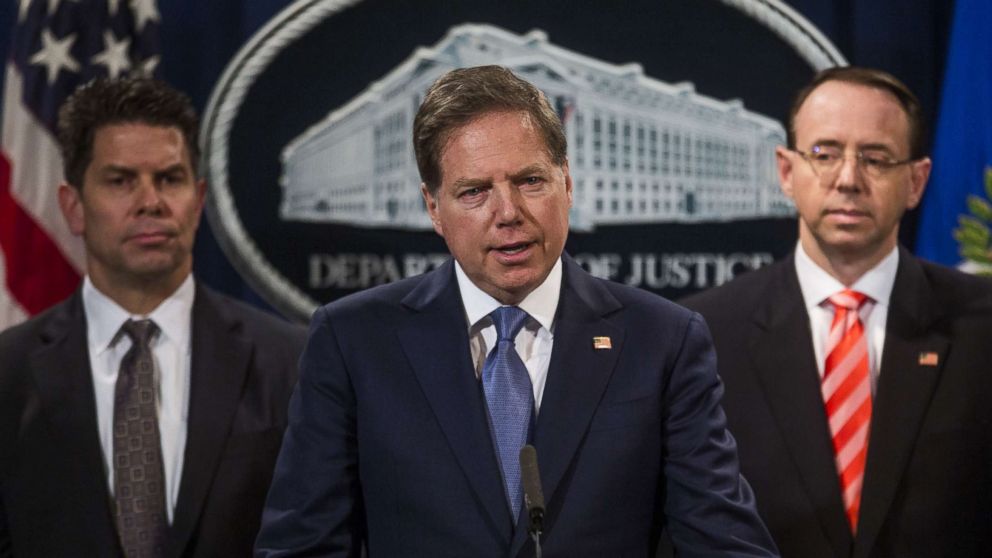 Geoffrey Berman, the U.S. Attorney for the Southern District of New York, is recused from the Michael Cohen investigation, ABC News has learned.

Berman was not involved in the decision to raid Cohen's office because of the recusal, two sources familiar with the matter tell ABC News.

The recusal was approved by senior Justice Department officials who report to Deputy Attorney General Rod Rosenstein, the sources said. Rosenstein himself was notified of the recusal after the decision was made.

The raid of Cohen's office was handled by others in the office of the U.S. Attorney for the Southern District of New York and approved by a federal judge.

Berman is a Trump appointee with ties to Rudy Giuliani who donated money to the 2016 Trump campaign, and is a longtime Trump ally and supporter.

FBI agents were dispatched early Monday morning by the office of the U.S. Attorney for the Southern District of New York to three locations tied to Cohen - his home, his office in Rockefeller Center and a hotel he was staying at on New York's East Side.

Special counsel Robert Mueller's team had passed information on to the Department of Justice, which referred the matter to the U.S. Attorney's Office New York, but the raids and investigation are separate from the ongoing investigation into Russia meddling during the 2016 election.