Trump and Modi: The common threads 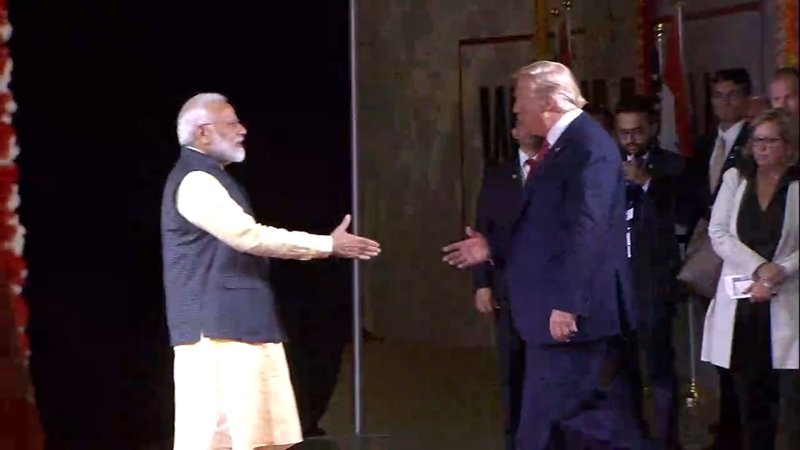 HOUSTON, Texas (KTRK) -- President Donald Trump and Indian Prime Minister Narendra Modi have more in common than the stage they shared in Houston on Sunday.

Both are leaders of powerful democracies, both won their elections on populist ideas, and 'Make in India,' was candidate Modi's slogan before 'Make America Great Again' was Trump's.

"This is extraordinary. This is unprecedented. Friends, as I told you, we have met a few times and every time he has been the same. Warm, friendly, accessible, energetic," Modi said as Trump looked on.

Both leaders have also been criticized for their records on human rights.

On Sunday, the prime minister did not bring up the controversy or the protesters outside the event at NRG Stadium.

Texas Senator John Cornyn attended the event and gave his thoughts on those who weren't happy about the prime minister's visit.

"Welcome to a place where we enjoy the freedom of speech and assembly and being able to express our views," Cornyn said.

When Eyewitness News asked Senator Ted Cruz about Modi and the claims of human rights violations, he focused on the bond between the two countries.

"That is a conversation every country faces challenges," Cruz said. "Every country has obstacles. That's an issue that can be brought up as part of the conversation. Today, at least, I believe is about celebrating a growing friendship."