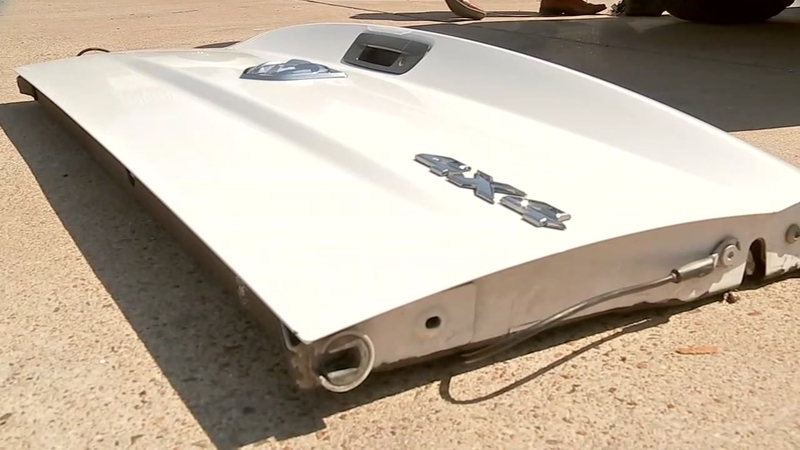 It's a crime that happens in a matter of seconds.

Poutous Auto Repair manager Michael Poutous was able to remove a tailgate in less than 25 seconds.

"No screws at all," Poutous said. "You undo the two cables, and then there's a slot on one side where it pivots. You just get it to that slot and you pull it right off."

How quickly it can be done is one reason why police say thieves are targeting tailgates.

Another reason is demand.

"The market has exploded because it's so much easier to sell one of those stolen items," Houston Police Department Sgt. Tracy Hicks said.

In Friendswood, thieves have targeted trucks with cameras.

It's also a trend found in Houston.

"Almost 800 tailgate thefts, and I guarantee 750 of those had a camera in them," Hicks said.

To protect yourself, police recommend locking the tailgate. You can use a hose clamp, or a device that can be purchased for $20. Another suggestion is to park the back-end of your truck against the garage so criminals can't open the tailgate.

Stopping criminals isn't the only problem, so is putting them behind bars.

"Tailgates aren't marked," Hicks said. "Your VIN number is not on your tailgate."

To help police, engrave a spot with your license number, or, if you don't want to leave a mark, simply hide a business card.

"So that way when you say, 'hey, I think I found my tailgate on Offerup,' and we go over there and you say underneath this I engraved my driver's license number, here's the number it should be on there, and we look at it, we got him," Hicks said.

An expensive price that entices some truck owners to invest in a $20 lock.