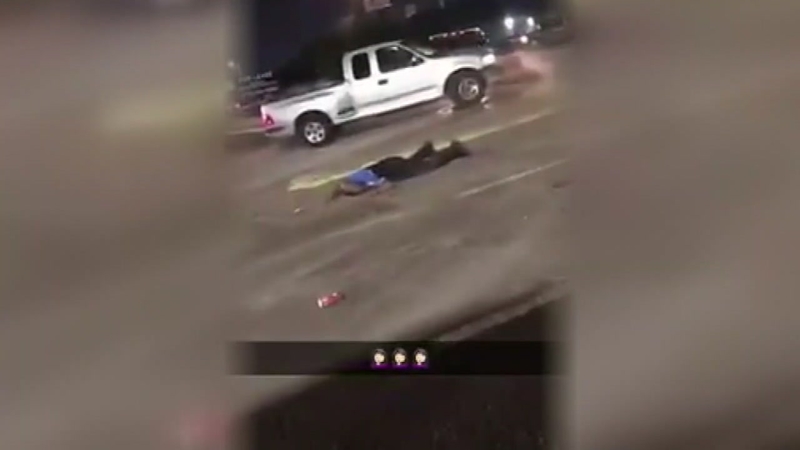 Security guard run over by truck outside Houston nightclub

HOUSTON, Texas (KTRK) -- Terrifying new video in to the ABC13 newsroom shows the moment a security guard was run over by a speeding pickup truck in southwest Houston.

Willie Steward, 31, was hit by the truck at a South Gessner nightclub on Sunday morning.

"He just drove over me like a piece of trash, and for him to leave like a coward, that's what pissed me off. Every time I look at the video, it bothers me," said Steward.

A bystander recorded dramatic images from the incident at the Bravo Disco nightclub.

"He knows he did wrong. He ran over me like a speed bump," Steward explained.

The video shows a silver truck barreling towards the security guard, who appears to be attempting to stop the driver before he's sent flying into the air.

"He hit me on my left side, and in the process he messed up my magazine. That's how bad he hit me," Steward said.

Steward was able to go to work the next day with only a few bruises and scrapes.

"I wear body armor, that's what pretty much saved me," he said. "Some of the officers I work with, they call me 'unbreakable.'"

The owner of Bravo Disco filed a police report.

Steward is hoping the man is caught so he can face him in court.

"At the end of the day, it's his conscience," Steward said. "He knows he did wrong."