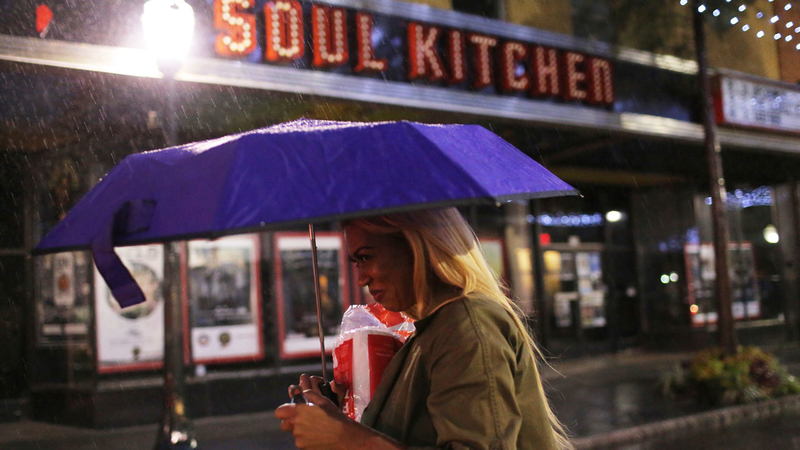 In Biloxi, the streets were quiet at 7 p.m. after a town curfew was ordered by city officials.

Twelve casinos along the Gulf Shores were forced to close at 5 p.m., their neon lights going dark hours before the center of Gordon reached land.

America's Cajun Navy, who were in Galveston, Texas on Monday helping residents affected by the Labor Day flood, have now shifted their focus east, ready to help anyone in need of rescue during the storm.

"We're neighbors helping neighbors," a member of the Cajun Navy told ABC13. "This is something we enjoy doing. It's search and rescue. We brought boats, we have high water rescue vehicles on the way, we have chainsaws, we have a lot of things we brought inside the trailer."

The concern for many is not the wind but the water, which is expected to flood streets, homes, and businesses.

The biggest concern for residents we spoke with was the storm surge. Much of the area is under a Storm Surge Warning, with officials expecting anywhere from three to five feet of water from Gordon.

While things appeared calm in some communities after dark, it remains to be seen how the water will impact roadways along the Gulf Coast by morning.

Both Mississippi and Louisiana governors have declared states of emergency.