What's in all that floodwater from Beta? What's in the floodwater because of Beta?

HOUSTON, Texas (KTRK) -- If you've spent any amount of time in the Houston area or really, any place where it floods often, you've probably heard the warning not to walk through floodwater, at least not for fun.

We'll start with the part that might make you say, 'Yuck!'

City of Houston officials reported an excess of 100,000 gallons of wastewater were released Tuesday amid the flooding from Tropical Depression Beta north of downtown and near the Heights area along White Oak Bayou.

But for anyone caught in the water, ants might be another nightmare. A pile of the insects was spotted floating at a League City park.

In a video posted on the city's official Twitter account on Tuesday, groups of ants band together as they float across the waters at Countryside Park.


"This is one of the reasons why you should avoid walking through flood water," read the tweet. "Floating ant piles-like this one found at Countryside Park-can form and be very dangerous."

These fire ants have deployed an amazing survival tactic during Hurricane Harvey flooding.

Not to be outdone, alligators showed up too.

Texas City police officer Chris Ham was in the 1600 block of 29th St. when he saw what he believed was a dog on the side of the road.

But the dog had grown teeth and was several feet in length. That's when he realized, this was no dog, but a 6-foot alligator, likely from a nearby storm water drainage ditch.

A game warden relocated the gator to a wildlife refuge area near Chocolate Bayou in Brazoria County. 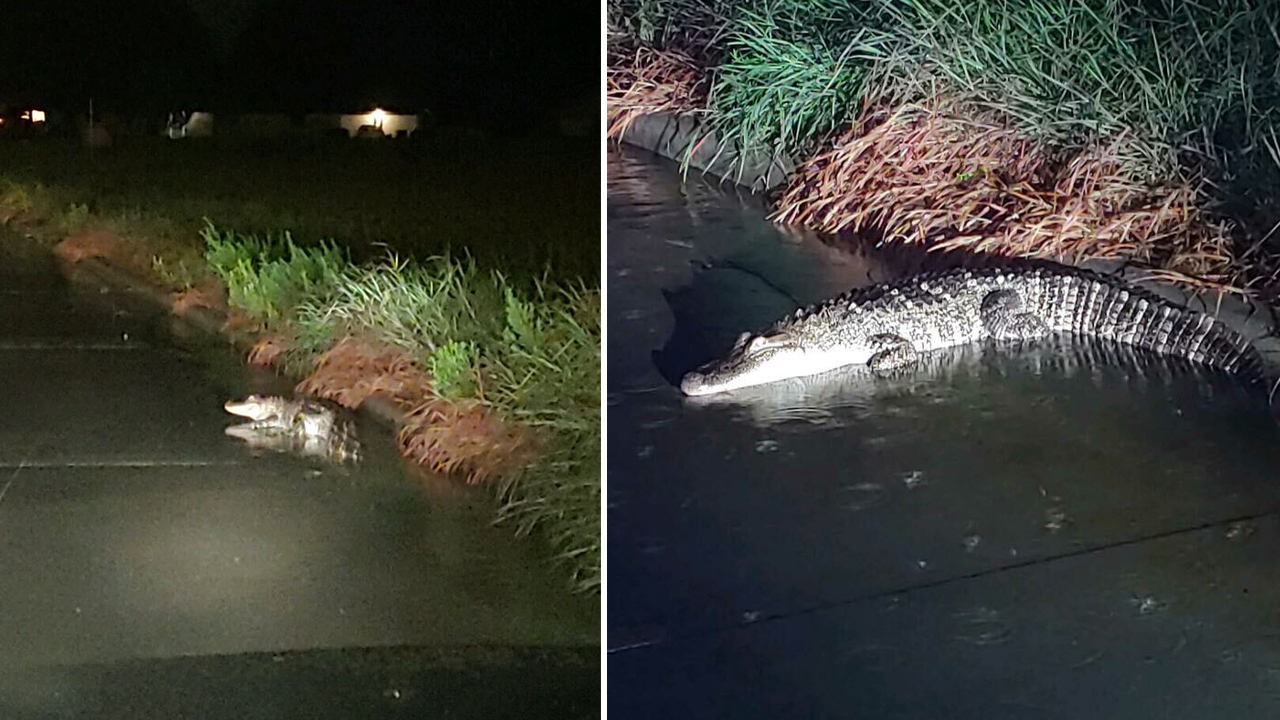 But the cutest moment, depending on how you feel about crawfish, may have come when ABC13's Courtney Fischer made a new friend in the parking lot of a gas station at Telephone Road and the Beltway.

Despite standing in several inches of water because of the overflow from Clear Creek, Courtney spotted a crawfish.

She had no plans of picking it up, until photojournalist Mario Segura scooped up the little guy.

To be fair, Courtney probably made the right call. She later explained the crawfish pinched Mario, so you probably shouldn't go picking them up willy nilly.

Clear Creek, by the way, received 5 inches of rain in 24 hours, so it's no surprise crawfish and other critters ended up swimming out of their comfort zones.

Courtney also named the crawfish, who made a surprise appearance in her live shot.

You can watch that in the video above and make sure you stick around for the reaction from anchors Samica Knight and Steven Romo.

This isn't the first time this has happened. Park officials have seen this plenty of times before, and there's an interesting science behind how the ant colonies band together during floods.

Some roads that were flooded overnight were cleared by sunrise while frequent trouble spots remained thanks to Beta.