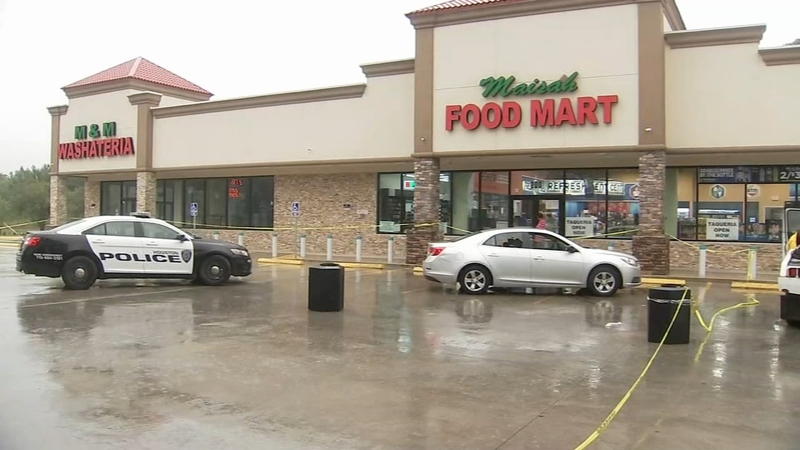 Authorities responded to reports of a shooting in the 7800 block of Little York near Wayside around 12 p.m.

Police told ABC13 that three people were shot and transported to the hospital. One person is in critical condition and the other two people sustained minor injuries.

Investigators said a silver car rolled into the Valero gas station on Little York Rd., and a back passenger door hung open.

They say the three men who were shot at were inside.

The driver of the car was able to limp away with the help of two customers.

Investigators believe the shooting actually happened about a mile and a half from the gas station, on Gates.

No arrests have been made and victims are cooperating.
Report a correction or typo
Related topics:
houstonshooting
Copyright © 2022 KTRK-TV. All Rights Reserved.
TOP STORIES
Texas could move toward allowing HS athletes to cash in on deals
Deputy among those injured during Go Topless Jeep Weekend event
Mother, boyfriend charged after death of 8-year-old daughter, HPD says
Houston gets extra 'rose' after paying $240k to bring Bachelor to town
Authorities searching for 49-year-old Alvin man last seen May 19
Rain chances continue into the work week
Manhunt underway for woman connected to deadly love triangle
Show More
SCOTUS makes it tougher for prisoners to argue counsel was ineffective
What's causing liver disease in kids? Researchers float theories
More than 75,000 pounds of baby formula lands in US amid shortage
Deputy crashes while chasing suspect in slingshot motorcycle
Student says he was told not to mention 'Don't Say Gay' law in speech
More TOP STORIES News