Hunters trying to find treasure hidden in Houston 35 years ago 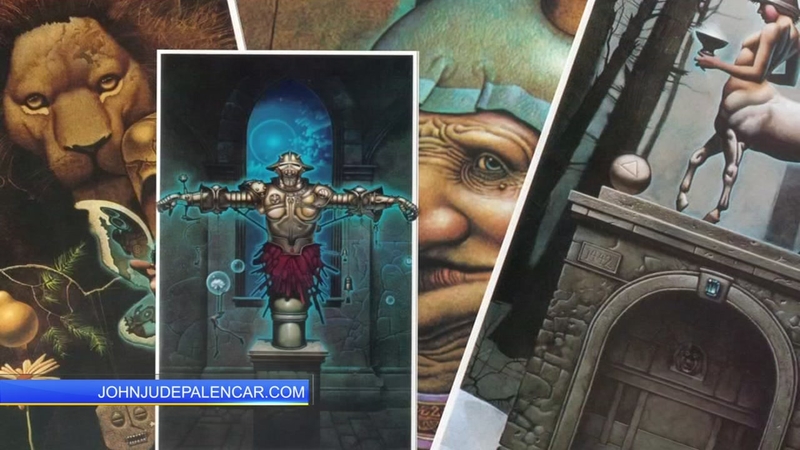 Hunters trying to find treasure hidden in Houston 35 years ago

HOUSTON, Texas (KTRK) -- There's a frenzy in Houston to find one of 10 hidden treasures thought to have been buried about 35 years ago.

It's a tale of riddles and drawings that all lead to 12 casques, each one buried in a city across America.

It's all written in the book, "The Secret," a treasure hunt written by Byron Preiss more than three decades ago.

Only two of the 12 casques have been found since then. The one in Houston is still out there and in the last several weeks, there's been a revival of sorts to find it.

The drawing has all the clues to lead you to Houston's ruby treasure. In online forums, users have been dissecting the drawing and the riddles.

The drawing has Houston's map coordinates.

In the trees, a 95 and 96 reveal Houston's longitudes. The column is thought to represent Hermann Park.

A side-by-side comparison shows the two columns that appear to mark the Houston Zoo.

The riddle states that you would have to take your task to the number 982.

The next part of the riddle says "In the sky, the water veers." That could be the McGovern Park fountain. Then, "Through the woods where perspective shouldn't be lost." But it's all still up to interpretation.

A nationwide treasure hunt has been going on for more than 35 years, and some clues point to Houston's Hermann Park.

The problem is that people can't dig in that area because it's city property. The city has not granted us permission to dig, and they probably won't give you permission either. It is illegal to dig without the city's permission.

In a statement to ABC13, the Houston Zoo said their property has undergone frequent and sweeping renovations and they are confident Preiss' treasure is not buried in the zoo.

Preiss buried the treasure himself. The problem is that he tragically died in a car accident in 2006 and with him, he took the secret where the treasure is actually buried.