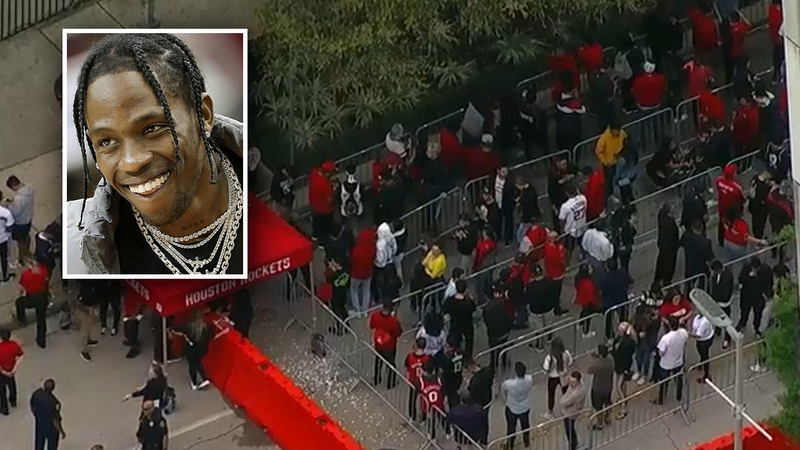 HOUSTON, Texas (KTRK) -- Only Travis Scott can influence an early crowd outside of Toyota Center ahead of his first ever bobblehead giveaway.

Fans began lining up Monday afternoon, hours before they would be allowed into the Houston Rockets game to pickup the souvenir.

The first 3,000 fans will be the ones that will get their hands on bobblehead Travis. Doors open at 5:30 p.m.

Before Monday, the Houston rapper re-opened his pop-up shop just in time for his new sneaker release. During Saturday's opening, the store 'Space Village' had a familiar crowd, with lines out the door.

Fans lining up for Travis Scott’s pop up shop at #SpaceVillage in Houston pic.twitter.com/bq6rJGxT07

Police had to shut down the street during the grand opening because of so many fans.

He later opened it again in November 2019 during the festival's second year.

Shoppers each year see it as an opportunity to support Scott, who grew up in Missouri City.

The ASTROWORLD festival has been held across the street from the former home of its namesake Astroworld, an amusement park that opened in Houston in 1968, for the past two years.