Family demands answers after parents of 5 killed in motorcycle crash 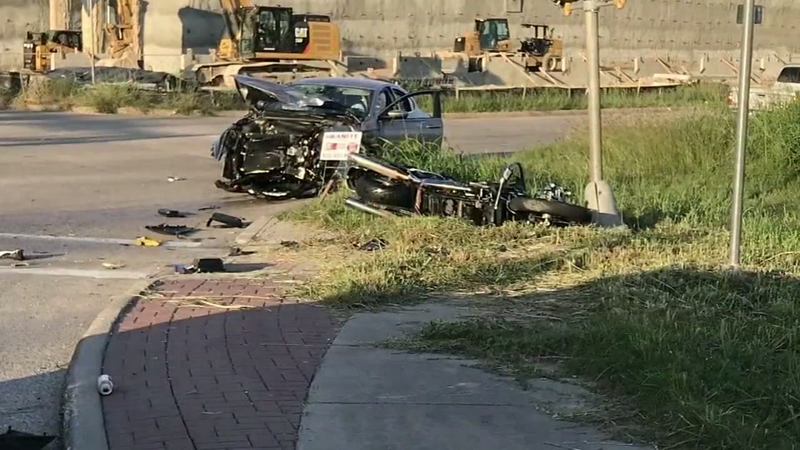 Parents of 5 killed in motorcycle crash

HOUSTON, Texas (KTRK) -- Houston police say conflicting statements mean no arrest or charges currently in the death of a Pearland couple this weekend.

Travis and Marcy Deyo were killed just before 6 p.m. Saturday as the motorcycle they were riding was hit at the intersection of Telephone Road and the South Sam Houston Parkway East.

"I collapsed in my yard," said Matt Deyo of the moment he learned of his brother's death. He says four eyewitnesses have told them the vehicle which hit them ran the red light at the intersection.

According to police, that driver is 17 years old. An HPD spokesperson says the teen was tested for intoxication, though police are not revealing the outcome of those tests. The driver has not been cited, charged or arrested.

"They said it could be months before it goes to the grand jury and they decide anything," said Matt Deyo.

Police say there are conflicting statements about who is at fault.

In the meantime, the family is looking at how they can help these children continue on without the parents who loved them so much. The first step, the hardest, explaining what happened.

"I talked to them and I told them to be brave...and strong," said Rudy Cruz, Marcy Deyo's brother.

Family members have set up YouCaring and GoFundMe campaigns to raise money to offset the cost of funeral and medical expenses for Travis and Marcy and college expenses for their children.