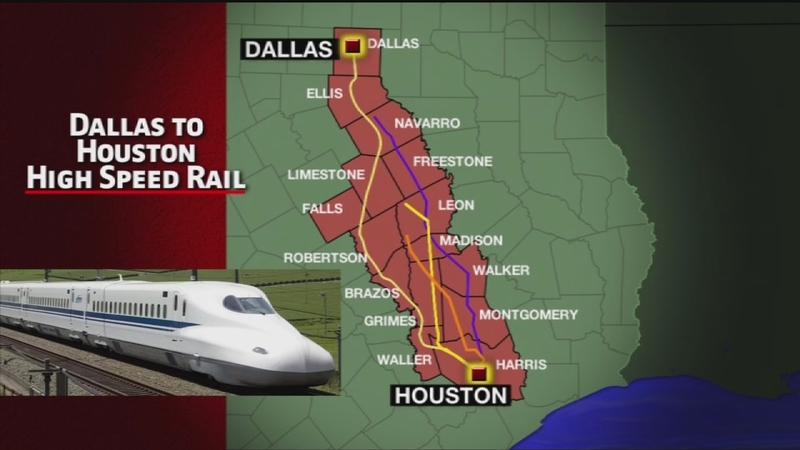 HOUSTON -- A proposal for a high-speed passenger rail in Texas has picked up sufficient steam to be reaching the public hearing stage. Backers call it the future.

In Grimes County, there are those who say they've seen the light at the end of the tunnel, and it's a high-speed rail heading straight for their property.

Under one of the proposed alignments, a high-speed rail line would cut through parts of the rural county. Some property owners fear it would bisect land that's been in their families for generations.

David Tullas is a fifth-generation cattle rancher, on land settled by his great-great grandparents in the early 1900s. He would never consider selling, but if he did, he believes he couldn't under a high-speed rail scenario, directly behind his property.

"You could never resell it even if you wanted to. No one wants to live on property where there's high-speed rail," Tullas said.

For the Plantersville/Stoneham VFD, high-speed passenger rail presents different concerns. The tracks could be surrounded by a kind of sound wall, which means easy access across property during emergencies would be affected.

County commissioner Pam Finke is also opposed to the project cutting through the county where she was born and raised.

"It has no benefit to us; we're just a pass through for the route on its way to the College Station area," she said.

She also worries that the "bullet trains" would affect the tax base by diminishing property values. And, as people dump large tracts of land, developers would move in, building large swaths of tract homes on pristine prairie land.

The high speed trains that would run every 30 minutes would connect Dallas with Houston, with stops in Austin, and near College Station. Good for larger cities, but rural land owners fear they'd pay the cost through land lost by eminent domain.

"We understand these concerns are are confident that as people learn more about this project, many will be reassured. We're still very early in this process and the next step is a federal review of potential routes and the impact on people and the environment. Our commitment is to reduce the impact as much as possible and to treat landowners and communities with respect, transparency and fairness."
Related topics:
travelhoustondallastexas newstransportationtrains
RELATED 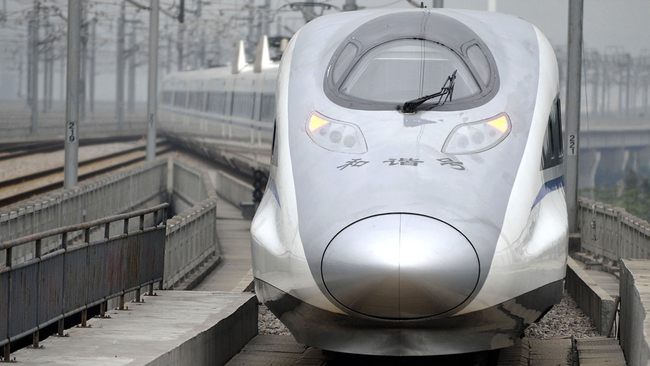