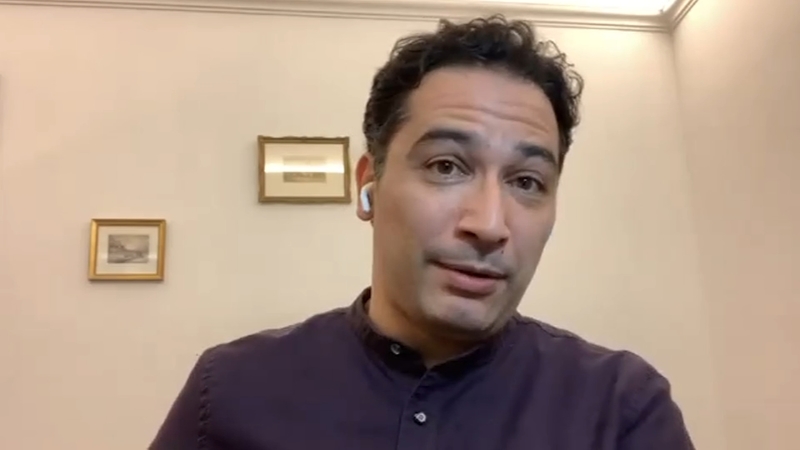 Houston Symphony music director out due to travel limits

HOUSTON, Texas (KTRK) -- The music director for the Houston Symphony won't be able to finish out the season due to COVID-19 travel restrictions after being denied the necessary travel exemption required for him to enter the U.S.

According to the Houston Symphony, Andrés Orozco-Estrada wasn't given the exemption due to a recent change to the National Interest Exception on travel restrictions, which was implemented on March 2.

On Thursday, ABC13's Gina Gaston spoke with Orozco-Estrada in an exclusive interview about the delay.

He said he'll be cheering on the symphony from afar, but it's not what he prefers.

"It's sad," he said. "It makes me unhappy, of course. "I was, so much, looking forward to being back in Houston, of course, to make music and to be reunited with everyone, to see my mother also after a long time. She's also there in Houston. I was literally packed and I was just waiting for the confirmation."

Before then, exceptions could be made for artists whose work supported the economy.

"All of us at the Symphony are deeply disappointed that the current regulatory environment is preventing Andrés from being allowed to come to Houston," said Houston Symphony executive director and CEO John Mangum. "It's been extremely frustrating for all of us to be without Andrés on the podium. We have worked every possible angle with our board, our attorneys, with our lobbyist at the League of American Orchestras, and with their government contacts. We can say with confidence that we left no stone unturned, even if the outcome ultimately is not what we want. But we're looking forward to a joyous and, I'm sure, emotional reunion with Andrés as soon as we can have one."

The company said consulates and embassies from different countries have some latitude around what they approve under the National Interest Exception. Each individual applying for an exception has to do so in a consulate or embassy located in their country of citizenship.

Some consulates have granted exceptions to conductors since March 2, but Orozco-Estrada's assigned embassy has not.
Meanwhile, Mayor Sylvester Turner, Texas Secretary of State Ruth Ruggero Hughs, and Senator John Cornyn have all provided letters in an effort to get this exception for the music director, according to the Houston Symphony.

Conductor David Robertson has agreed to step in this weekend and next weekend to conduct the Classical Series concerts with the program remaining as previously announced.