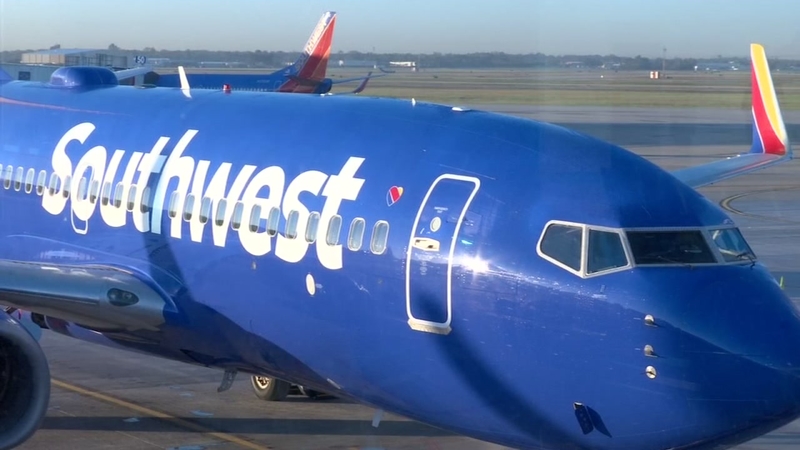 Southwest Airlines covered the $156 million cost of constructing the building. The terminal is more than 280,000 square feet with five gates. By year's end, Southwest Airlines plan to offer flights to 10 Latin American destinations with service to Mexico, Costa Rica, and Belize.

"We booked the day you could book because we thought: oh how fun, we'll go on the first flight," said Sandy Stephenson, who was flying to Belize with her family as a birthday trip.

Eyewitness News caught up with Southwest Airlines spokesperson Thais Hanson to talk about what this may mean for your next flight. The company said they promised drive down prices in the market. On Thursday, Southwest Airlines said their dream of giving Houstonians another option in aviation has come true.

"Your question was our we trying to bring down the price in the market. That's what we do. The Southwest effect is what we're known as. We do that domestically and now we're looking forward to doing that internationally as well," said Hanson. "Houstonians no longer have to drive north to fly to fly south. We're creating a new need and giving Houstonians what they want and what they needed for a long time."

So just how big are the price differences. We did a quick check. If you want fly to Cancun for a weekend trip early in November, the cheapest ticket on Southwest was $546.76. The same dates on United yielded a ticket price of $569.15. It's a difference of around $20. A similar route to Belize in December showed Southwest to be around $50 cheaper than United. It wasn't a big difference, but still could impact a traveler's choices.

"Prices is particularly important, and particularly in this economic climate," said Rita Jarmon. She runs a missionary in Belize and travels there often. "When you're on a fixed income, it makes a major difference."

Eyewitness News reached out to United Airlines for comment. The company has a hub at the "Big Airport." They provided abc13 with the following:

"We've competed successfully in the Houston market for many years and we believe travelers will continue to value our broad network and frequent flights that no other airline can match from Houston."