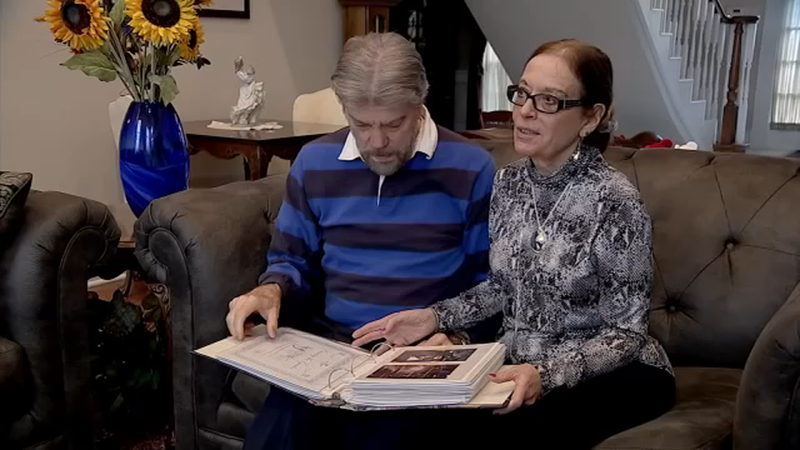 The couple knew they had eight pills left. What Shiller said they didn't know was how much longer they would be trapped at sea on the "cruise from hell," as Porter began developing symptoms of COVID-19. 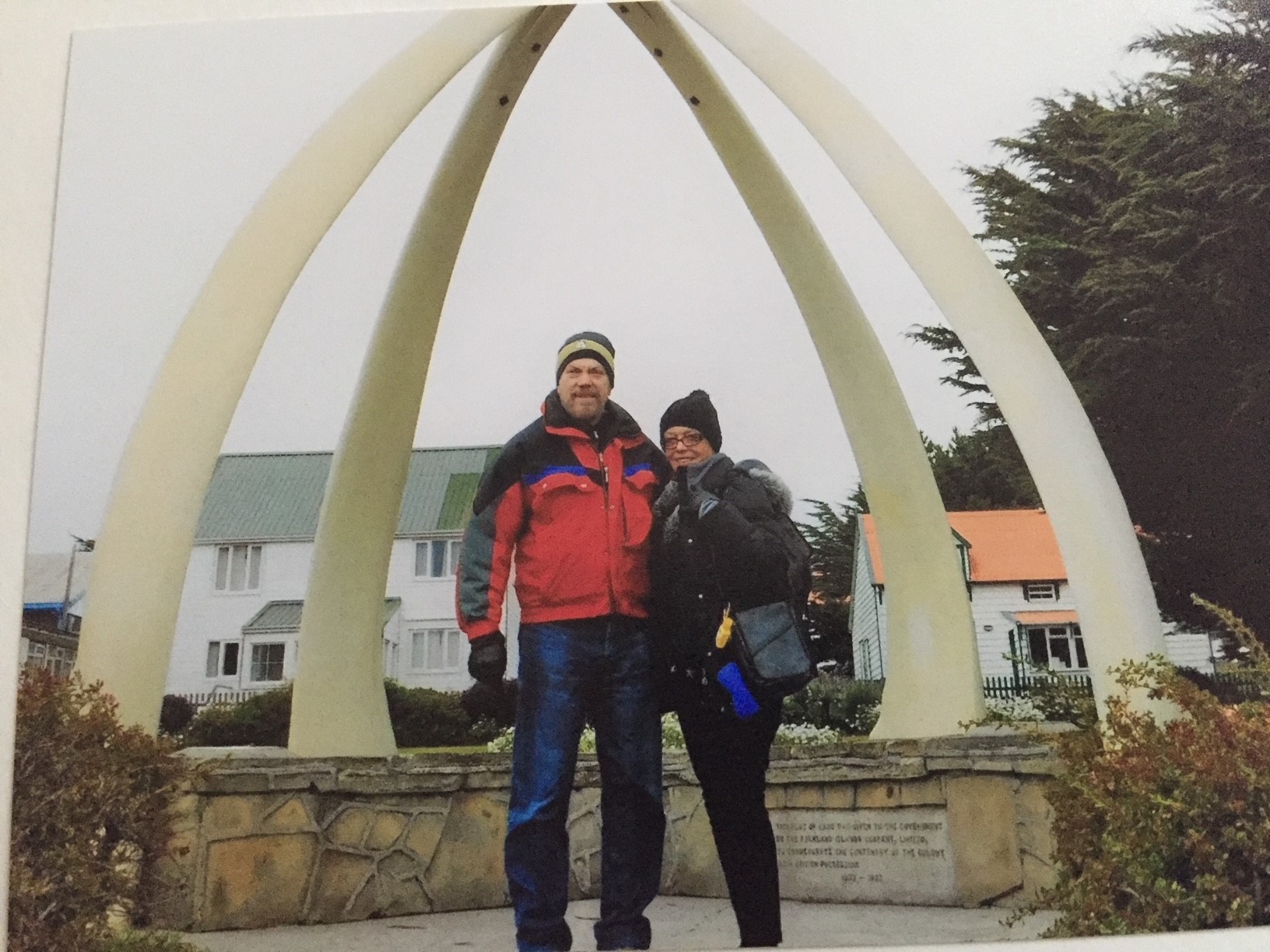 For everyone else, the weeks that followed were filled with mask mandates, schools shifting to online learning and non-essential businesses closing. For the couple, it was learning to live at sea in a 182-square-foot room.

Their cruise was supposed to last just 14 days. They weren't able to leave the ship until the 35th day at sea as ports in the Falklands, Paraguay, Uruguay and Argentina denied them entry while fear of the coronavirus heightened.

At first, Shiller said it felt like an extended vacation. Soon, they learned the virus was aboard and the ship would be quarantined indefinitely off the coast.

"He was getting sick before they put us in quarantine and I knew something was wrong," Shiller said. "He was coughing. He had this dry cough, and then he spent a whole day in bed. He didn't feel well, but we didn't know what was going on in the ship."

Shiller said the medical center on board was inundated with sick passengers that Porter didn't bother calling for help. She said she texted with fellow passengers and learned it could take four hours to get just one Tylenol.

They started rationing their pills.

"Joy had hurt her knee and had taken a number of them before all this happened, which we really didn't think anything about," said 74-year-old Porter. "Then when we were quarantined. We counted them and there were eight, and so I didn't want to take them not knowing whether she was going to get it and so I wanted to save them for her." 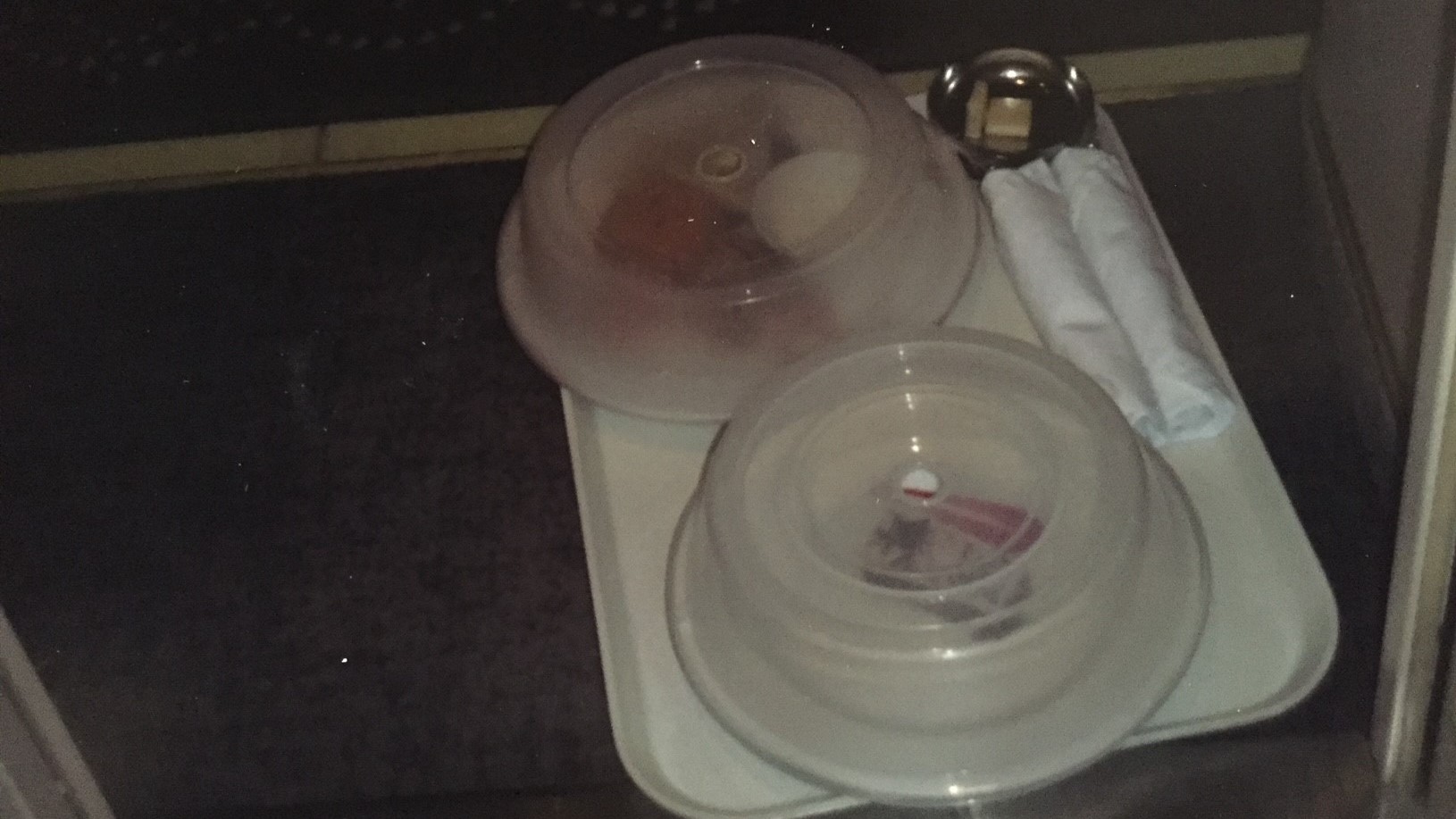 Joy Shiller said staff on the Coral Princess left food outside their doors in March 2020, during the start of the pandemic. (Courtesy photo)

The only way the couple knew how serious COVID-19 was for the rest of the world was by watching the limited channels they had on TV.

"I think we had three news channels and a couple of sports channels, and that's all we could get. So that's how we got most of our information," Porter said. "By the time it got to when we were quarantined, the country was really going crazy about [COVID-19] and it was wall-to-wall coverage."

The ship's captain delivered more ominous news every day, including an announcement on April 4, 2020, when they were woken up at 6 a.m. to news that two of their fellow passengers died overnight.

That same day, the captain also announced the mayor of Miami allowed them to dock. In a journal she kept during the cruise, Shiller recalls seeing the Miami skyline in the distance and excited to be close to home for the first time in 31 days.

But, it was still another four days before they disembarked the ship and got transportation to Houston, then Sugar Land. 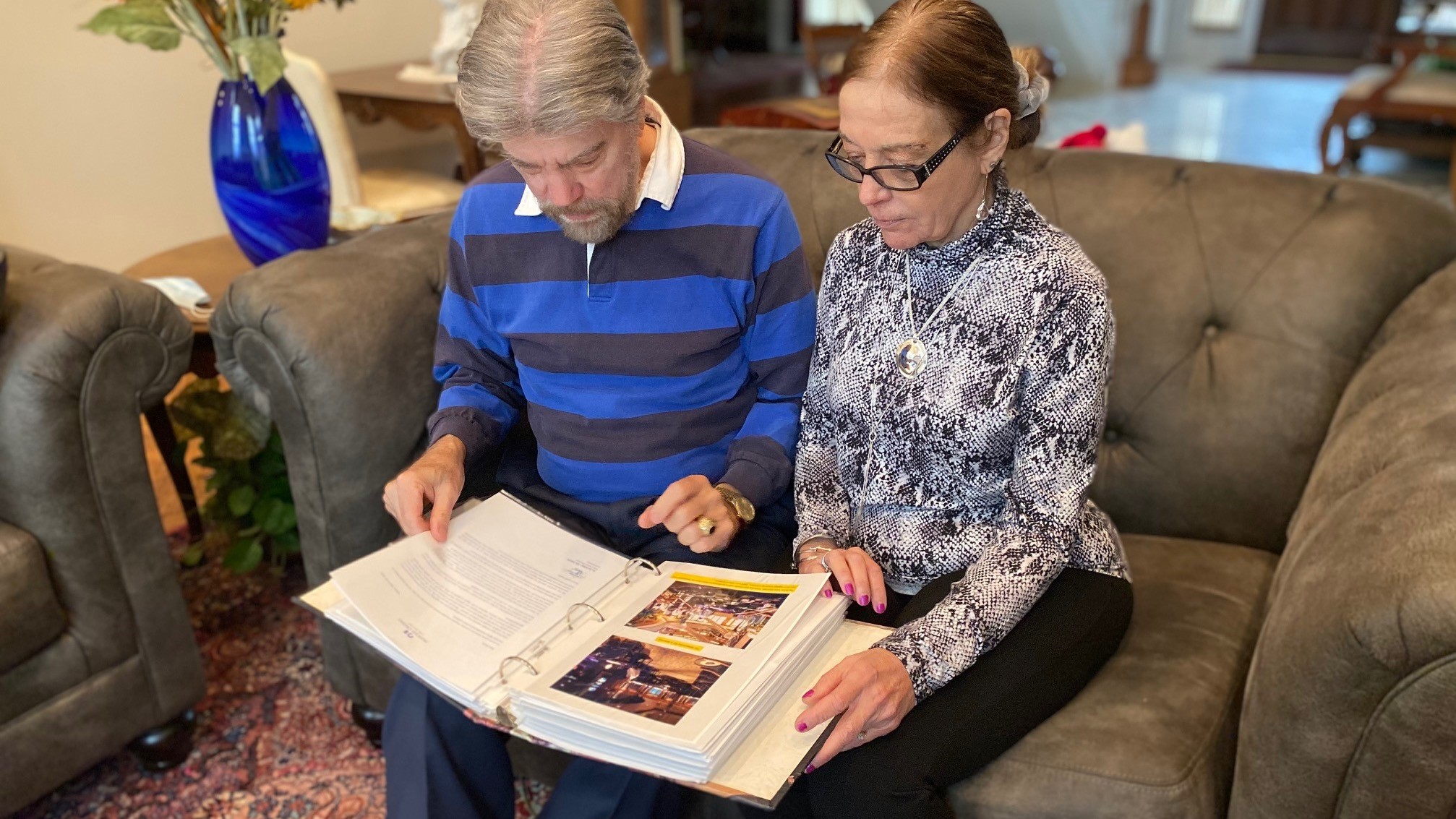 Bob Porter and Joy Shiller look through photos and summaries of their time aboard the Coral Princess in March 2020, at the start of the pandemic. (Courtesy photo)

On April 7, 2020, the couple took a small chartered plane to Houston, wearing masks the entire time. When they arrived in Sugar Land, they both got COVID-19 tests, which confirmed Porter had the virus. Within days, they cancelled three of their upcoming cruises.

"I thought I will never be able to get on a cruise ship ever," Shiller said. "Just the thought of what we went through. I'll relive all that."

Shiller said she easily received refunds from two of their cancelled cruises, but were still waiting on a $4,436 refund from Crystal Cruises.
Seven months later, when the December date of the cancelled cruise passed, the couple Turned to Ted for help with the refund.

When we reached out to the company in January, Crystal Cruises said it knows the refund process can cause "frustration and angst" for guests.

"While we have made significant progress over the past few months in processing refunds, we know that some guests have not received their refund by our original good faith estimate in March of up to 90 days," the cruise said in a statement to ABC13.

Crystal Cruises said it "remains committed to honoring our contractual obligations with our guests, including the processing of refunds." The company said it has "refunded more than $140 million since our voluntary fleetwide cancellations began." 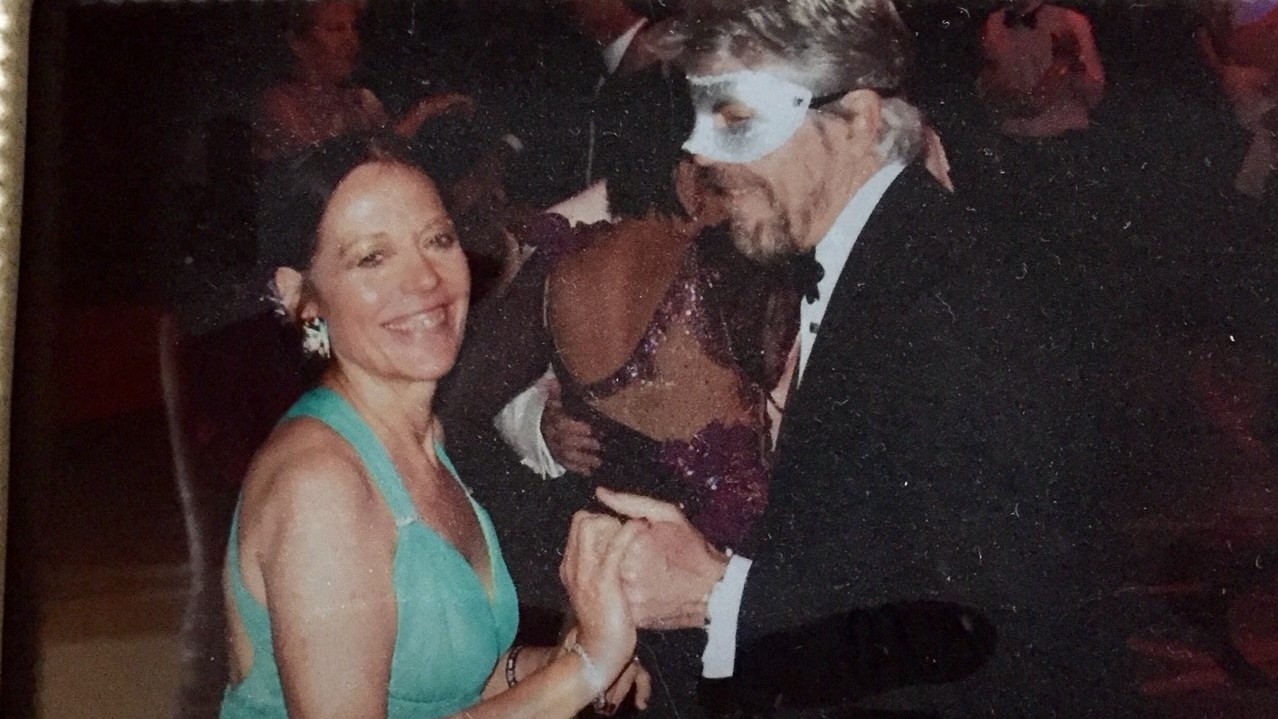 Joy Shiller and Bob Porter say they've been going on cruises together for decades. (Courtesy photo)

Shiller and Porter have been going on cruises for about 20 years. One year after they were stuck at sea for weeks, the couple says they hope to cruise again.

"I was a basket case when we got back. If someone looked at me the wrong way, I'd start crying, but everything's fine now," she said. "Time heals and I'll cruise again." 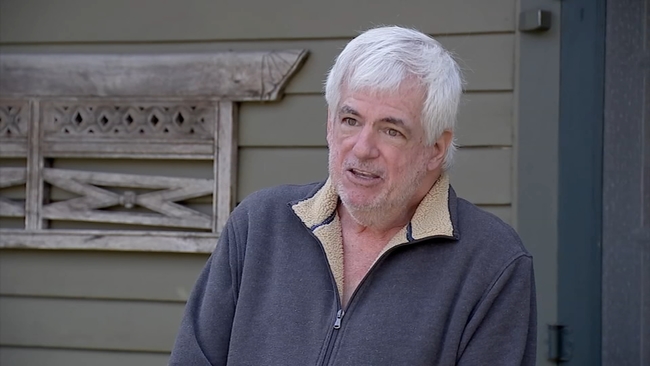