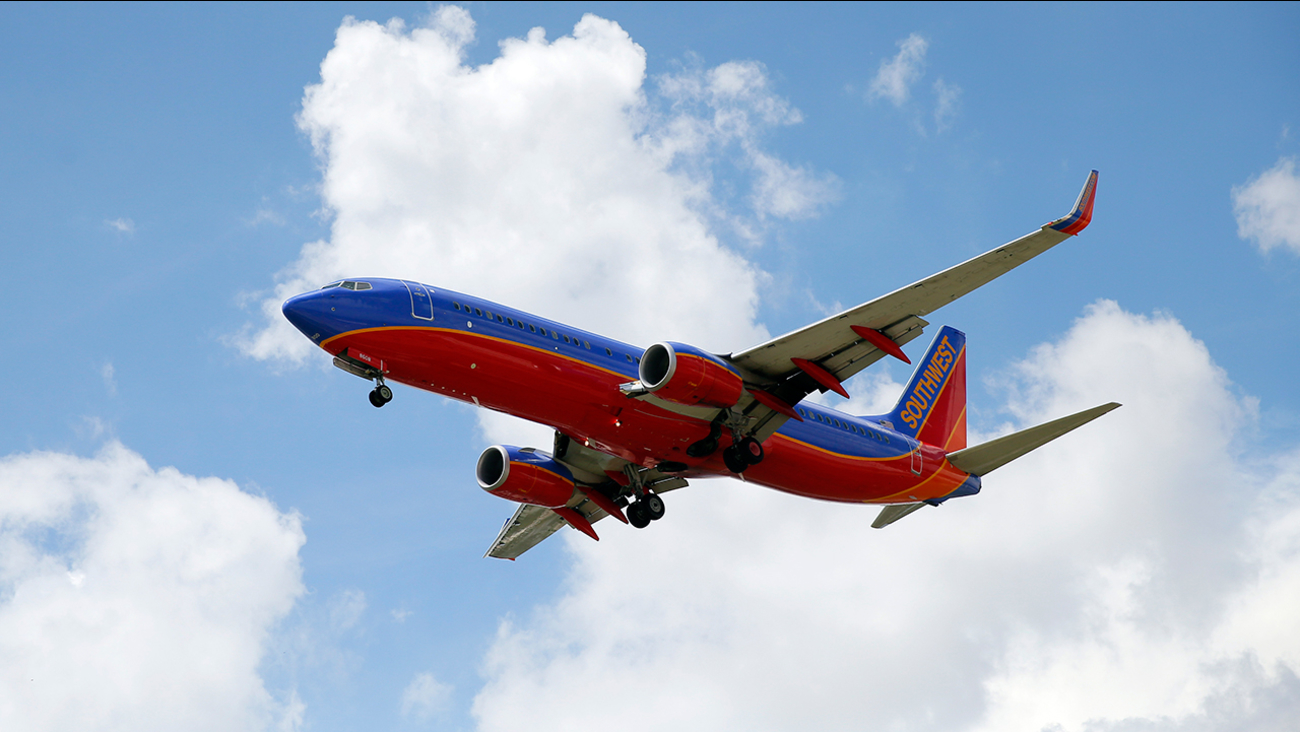 AP
PHILADELPHIA -- A Southwest Airlines flight from Philadelphia to Orlando had to be diverted after a baby was born mid-flight.

Officials say flight 556 was diverted to Charleston, South Carolina, after a woman went into labor.

Medical personnel onboard assisted with the delivery of the baby, officials say.

My @SouthwestAir flight from PHL to MCO was diverted to Charleston because a woman went into labor. Flight crew did a great job. pic.twitter.com/63yVrkWWRL

A passenger captured the incident on camera, and posted the video to Twitter, saying the "Flight crew did a great job."

Upon landing, emergency crews met the flight, and transported the parents and baby to an area hospital.