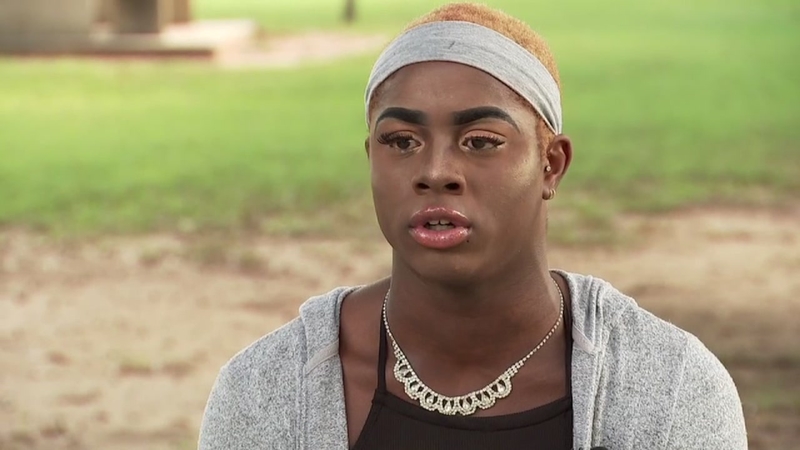 Woman charged in Tomball fight tells her side of the story.

A police report shows two victims were punched, and kicked. Each suffered bloody noses, and both claimed to lose consciousness.

Police arrested their fellow student, Tra'Vez Perry, and charged her with assault. Perry has remained silent until now.

"I'm trying to stay strong because I don't want people to do what I did, because it's stupid," Perry said.

Perry, who is transgender, said the fight started after a photo surfaced online.

"I was walking to the bus stop, and a photo was taken of me, and it was put on social media," Perry recalled. "They put on the caption, 'I'm questioning mankind,' with a laughing emoji."

Perry said she confronted the student.

"We were being catty," Perry recalled. "We're going back and forth. She takes her earphones out and she decides to drop her backpack. Her boyfriend gets in front of her, so I decide to drop my things. I turn her around and ask, 'What is (your) problem?' She then pushes and hits me."

"I owe her an apology, but she owes me an apology as well," Perry said. "I think we both were in the wrong."

Perry said she's been removed from Tomball High School and placed in an alternative school. She said this wasn't the only bullying incident.

Perry said a bottle was thrown at her at the homecoming dance. She said members of a team made fun of her in class. She also said two boys pulled a prank on her on social media pretending to like her.

The bullying, she said, hasn't stopped since her arrest last week.

"You shouldn't have hit a man," Perry said people are commenting online. "You're a guy, you're disgusting. You're an it, you're a creature. That hurts."

She regrets reacting the way she did, and says she's learned a lesson.

"I learned that I need to love myself, because if I loved myself I wouldn't have cared what they were saying," Perry said.

Tomball ISD sent us a statement after the fight:
"Tomball ISD and Tomball High School are aware of the incident that happened on the THS campus this morning. School district administrators are working with local law enforcement to address the situation. Tomball ISD will not tolerate this behavior and we will apply the Student Code of Conduct in a stern and efficient manner."

As for Perry, she's due back in court Tuesday.