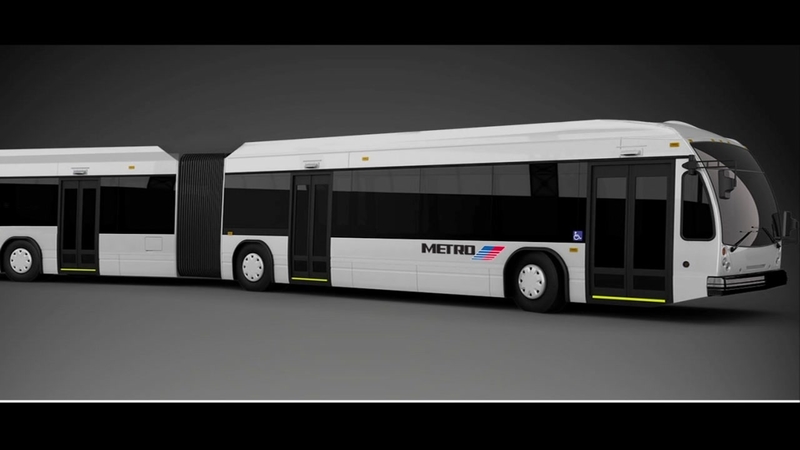 HOUSTON, Texas (KTRK) -- As construction wraps up on a project to build dedicated bus lanes along Post Oak Boulevard, an extension of the project is just beginning.

TxDOT is building elevated bus-only lanes on the 610 West Loop, between the Northwest Transit Center and Post Oak Boulevard, that will connect into the brand new Post Oak bus lanes.

Riders coming in on US-290 and I-10 Park & Ride METRO buses can transfer at the Northwest Transit Center, then continue on the bus lanes running over the freeway right into the Uptown District. The idea is to create an "HOV on steroids" for the tens of thousands of commuters going to the Galleria area each day.

"If you can take that park and ride in and you can go into Uptown, that's a pretty direct ride in," Andy Skabowski, METRO's Chief Operating Officer, said.

In order to build the 610 bus lanes TxDOT has shut down the southbound Post Oak exit off the West Loop, along with a feeder road lane, which has caused significant backups in the Galleria area.

"Right now, the drive is horrible. Almost every route in my direction to come here, it's put on at least 30 minutes extra to get through all of the construction," Sophia Gallegos, a daily commuter to the Galleria area, complained.

With the new lanes, come 14 new special rapid-transit buses, with a goal of six-minute stop frequency. The ride will cost the same as any other METRO bus, $1.25 each way, with free transfers. METRO says the system will operate like a train.

"It has platforms, and it looks and feels and acts like a rail system," Skabowski explains.

Some drivers we spoke with said they'd give the system a try.

"Sure, why not, sometimes when I have the time," driver Samir Becic told us.

Others won't, but hope it will get buses out of the way.

"People will stop trying to cut in front of a bus to try to beat the traffic, which will cut down on accidents," Gallegos said.

The buses are expected to start running on the brand new lanes by June of 2019.

Do you hate Houston traffic as much as we do? Join the club!
Report a correction or typo
Related topics:
traffichoustonmetrobustraffic
Copyright © 2021 KTRK-TV. All Rights Reserved.
TRAFFIC

I-45 expansion project protesters head to Austin with demands