Massive project to change the face of commuting on Highway 288 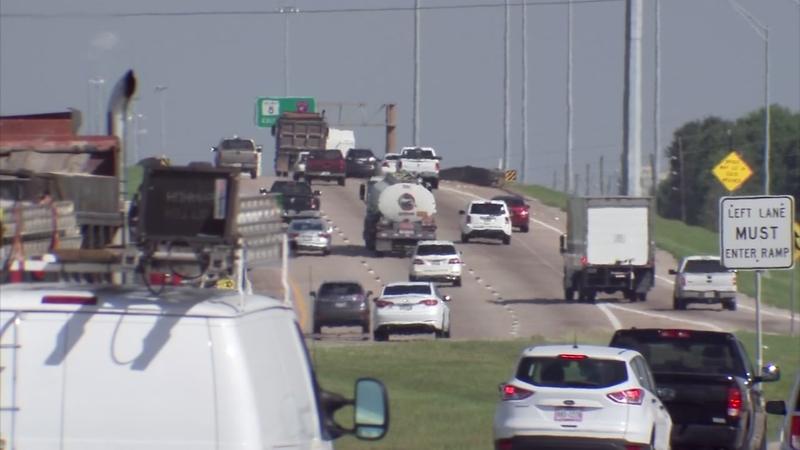 HOUSTON (KTRK) -- In just a matter of days, crews will break ground on new construction for State Highway 288.

It's a multi-million dollar project to add toll lanes to the South Freeway. The goal is provide traffic relief for the thousands of drivers who take the freeway from Brazoria County and southern Harris County. The booming population and massive new residential developments in the area have added to the freeway backups.

"If you look back at what's growing past the Alvin area, Arcola, monstrous housing divisions, it's going to get so bad, it's unbelievable," commuter Larry Fountain said.

The construction project needed to provide relief is so massive, it will take $815 million and three years to complete.

When the project is finished, you'll see two toll lanes added in each direction, from downtown to the Brazoria County line. Eight new flyover ramps will be created at Beltway 8, and the interchange at 610 and 288 interchange will be completely reconstructed. Direct connector ramps at Holcombe will be built to help people get in and out of the Medical Center. Think of the project as a massive people-mover.

"This really is an express toll, there's not where you can get on and off at about five different spots that's not the case, it's going to move the traffic down the toll to the Medical Center," Edwards explained.

The state can't afford a project of this magnitude, so in a unique public-private partnership, the developer, Blue Ridge Transportation, is picking up roughly 98 percent of the tab. Variable-rate tolls drivers pay will reimburse the developer. Most of the construction will happen in the grassy median between opposite directions of traffic. TxDOT hopes that will help them minimize the need for construction closures during the project.

"I drive from Alvin every day, and if I could get on the tollway versus fighting the traffic I'm fighting on 288, I'd do it in a New York Minute," Fountain said.