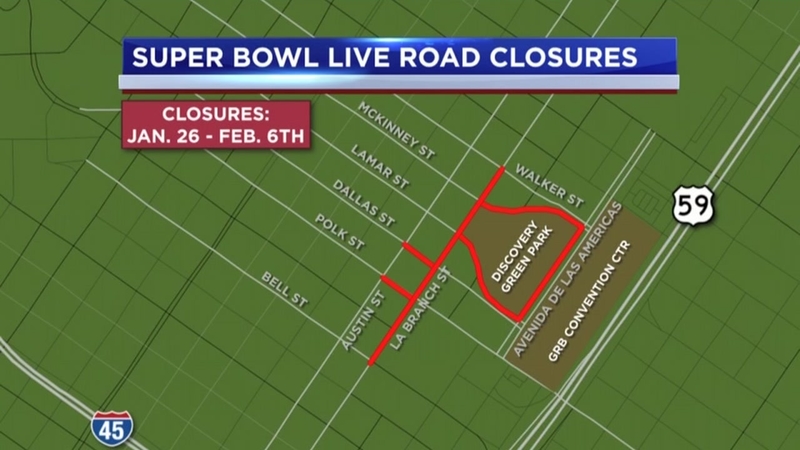 HOUSTON (KTRK) -- With the countdown to Super Bowl LI less than 70 days away, local leaders are discussing transportation options across the city of Houston.

The Super Bowl Host Committee released transportation plans for the weekend which include several road closures.

Streets around Discovery Green and the George R. Brown Convention Center will start to close as early as January 19. Those closures include: Polk, Dallas, LaBranch, Avenidas De Las Americas, McKinney and Lamar.

"We really wanted to share this with the public because it's helpful to think now, as citizens in Houston, how do I want to participate in Super Bowl events?" Bob Eury said.

Officials estimate close to 100,000 visitors a day leading up to the game. That number could go higher.

"If a certain team makes it to the Super Bowl that happens to be nearby in the state of Texas, they're all gonna come down here for the whole week," Harris County Judge Ed Emmett said.