"Groovy" solution to I-10 freeway noise 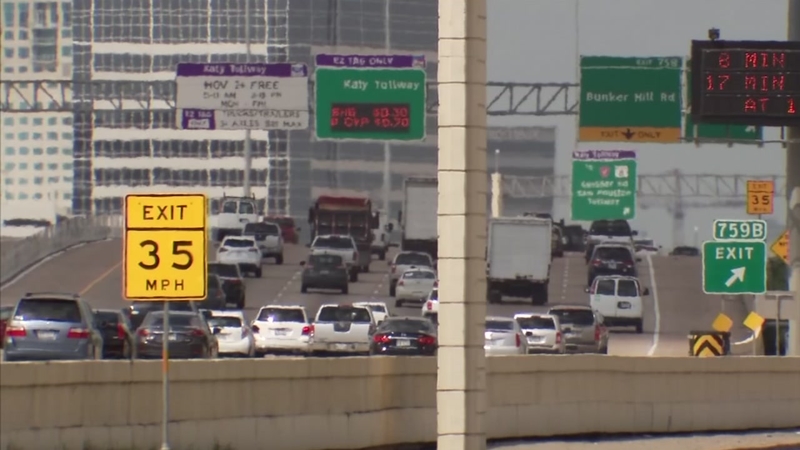 HOUSTON (KTRK) -- Everyone hates freeway traffic, but homeowners along the Katy Freeway, simply can't escape it.

"I myself, and several neighbors I know, actually sleep in earplugs because even starting at 3am in the morning, you can hear it inside your homes," homeowner Karoline Carlson said.

The nearly constant hum of freeway traffic has been a problem since 2008, when the Katy Freeway reopened after a $2.8 billion expansion that made the freeway taller, wider and noisier.

"Suddenly it wasn't as pleasant to sit in your backyard, or play ball with your kids or even to use the playground at your elementary school because the noise level was so loud," Carlson explained.

For the last eight years, Memorial Villages homeowners and mayors have been pleading with the state to do something.

"This is a quality of life issue for these residents... they came forward with the need and the technology," State Representative Jim Murphy said.

The solution? Adding tiny parallel grooves into the pavement called "longitudinal lines" that have been used on newer freeways. New lanes on Loop 610 near US-290 already have them, and they help minimize noise nearby and inside your car.

"This is really to lower the effects of the tire to pavement noise that occurs on the freeway," TxDOT spokesperson Karen Othon said.

The eight-month project to add the grooves between Gessner and Post Oak is scheduled to begin in early 2017, with mostly weekend two-lane closures. Thriving businesses nearby, like PDQ, are already preparing and planning to use social media to keep customers coming in.

"We would use that to keep everyone informed and let them know that we are still going strong... in Houston, construction is a way of life," Frank Wallace of PDQ said.

Those who support the construction say a little bit of inconvenience could help save other homeowners in the future.