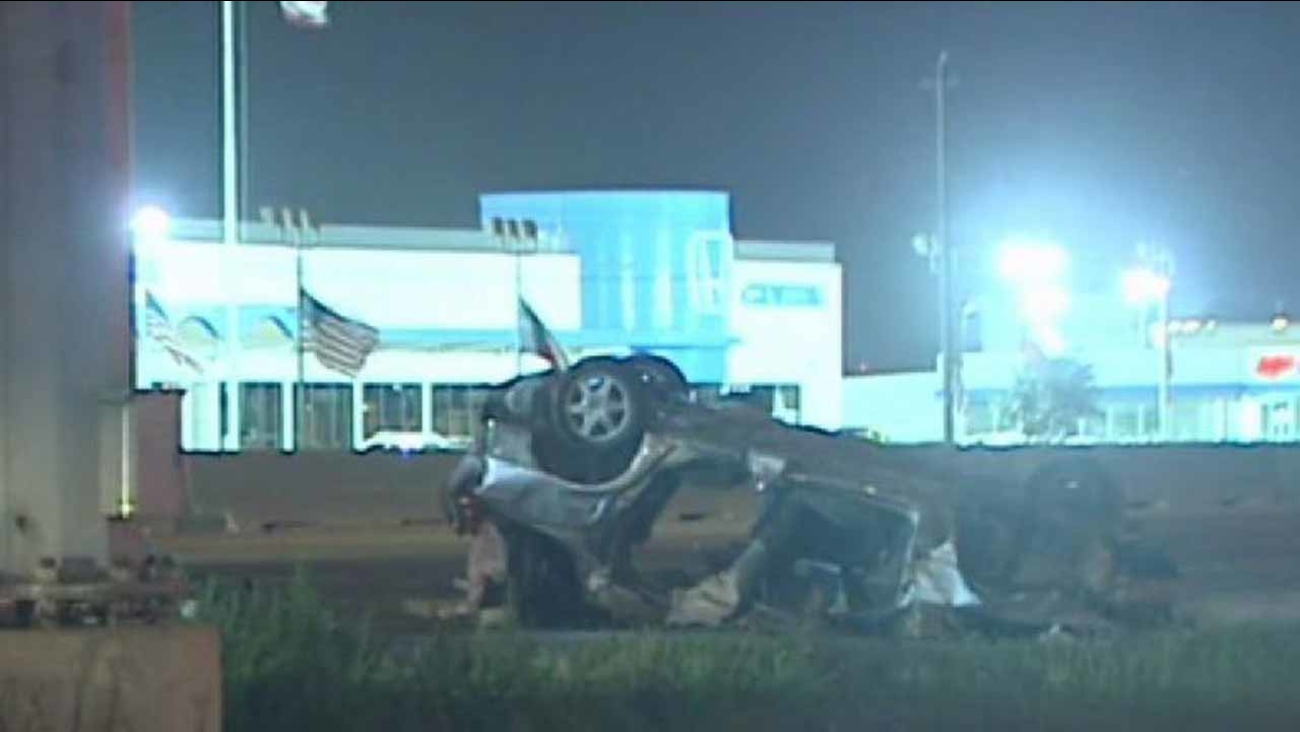 Authorities say the driver was intoxicated and will be charged

HOUSTON (KTRK) -- Charges have been filed in a deadly accident on the Gulf Freeway near Edgebrook early Friday morning.

The crash happened around 1am. Police say three men in an Oldsmobile were heading northbound on I-45 when the driver, Jose Ortega Vasquez, 28, lost control at the Edgebrook exit. The car hit a light pole and a guard rail.

Authorities say two male passengers died at the scene. At least one of them was thrown from the vehicle. Vasquez was taken to Memorial Hermann Hospital where he is listed in serious condition.

HPD says Vasquez was found to be intoxicated and now faces two counts of intoxication manslaughter. No other vehicles were involved in the accident.

The freeway reopened just before 6am.