"This is the year of METRO," the transit agency's chairman, Gilbert Garcia, declared at a morning ribbon-cutting packed with cameras, METRO staff and attended by Houston Mayor Annise Parker. "It's not something that just happened. It's the culmination of all kinds of work."

Garcia also said that more than 30 additional rail cars are on the way and will be here in the weeks leading up to the April opening of two new METRO rail lines, one along Harrisburg Blvd in the city's East End and another through the Third Ward.

But amidst the pomp and the cheering staff at the ribbon-cutting, officials, at least casually, alluded to the issue of an eight month delay in getting those cars in use.

"When you're building out a transit system, there is a lot of lead time involved," Parker said. "The lead time on purchasing the rail cars is tremendous."

At the time, CAF promised to have six of those cars ready to roll last spring. Those are the cars that began service Wednesday morning. And all 39 cars were supposed to have been here by Dec. 22, 2014.

"I wouldn't say they are so late," CAF official Antonio Torcia told ABC-13. "In the transit business it's not uncommon to see delays with the delivery and qualification of the first vehicles. There are projects out there in the North American market as well as the rest of the world that are years late."

It was the first public comment made by CAF in connection with the delay.

And in a brief interview before being shepherded away by METRO officials, CAF Chief Executive Officer Andrs Arizcorreta Garca acknowledged the delays but blamed them on "normal issues."

In Houston, though, delays of METRO car deliveries have not been common -- until now. There have been two deliveries of rail cars to METRO since the 2004, the year the light rail build out began.

Those were built Siemens, a CAF competitor. One delivery was on time. The other was early.

"Siemens is proud of our delivery record in Houston," a Siemens spokesperson told ABC-13 in statement. "We delivered our light rail vehicles and the complete system on time in 2004 and completed our deliveries on the second contract on time in 2013."

As for this delay, METRO officials said they are happy to be getting what they say is a quality rail car.

"Going forward, we're not going to even remember when these cars came because the system will be that successful," Garcia said.

The CAF CEO did not answer a question from ABC-13 about his company paying a penalty for the late delivery.

Garcia said that CAF and METRO were working out those issues.

On Dec. 18, the METRO board met and had on its agenda an item that would have authorized Garcia to "negotiate and execute a settlement agreement of contractual liquidated damages for the late delivery of light rail vehicles by CAF USA."

No action was taken.

CAF has shaken up its construction team in upstate New York and expanded its production facility. METRO officials visited the re-tooled factory last year in an effort to make sure that CAF is getting the cars to Houston as quickly as possible.

This is not the only delay for METRO. The agency has been plagued by delays and critics have raised questions about the costs of METRO's 10-year effort to build a light rail system.

For example, METRO was unable to open the two new lines in 2014 as promised. METRO officials then gave a December debut date for the lines. Those are the lines now scheduled to open in April.

One of those lines, slated for the East End, will not even be complete for years, because of a six-block gap in the line.

And when METRO's light rail project was launched, officials promised to build the so-called University Light Rail Line, which would've run from Hillcroft in southwest Houston, through Greenway and downtown to the University of Houston. That project is now on hold.

Once CAF delivers all 39 vehicles, there will be 76 cars available to operate throughout the light rail system, in which officials said 12.8 million boardings were recorded.
Related topics:
traffichoustonmetroted oberg investigates
Copyright © 2020 KTRK-TV. All Rights Reserved.
RELATED 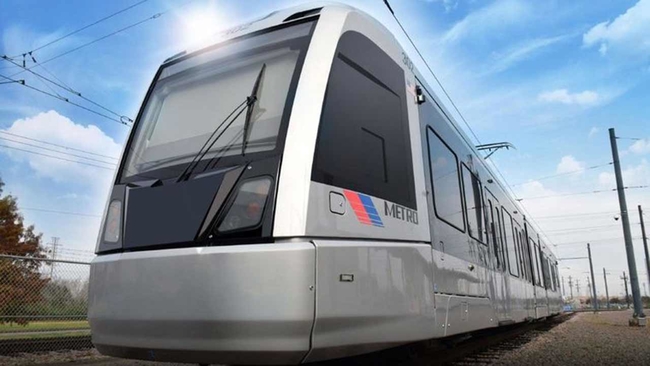 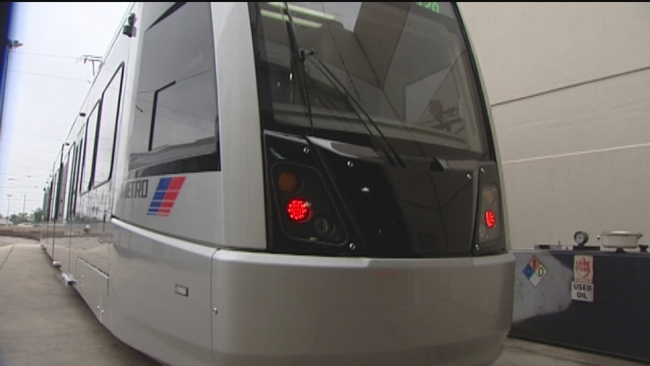