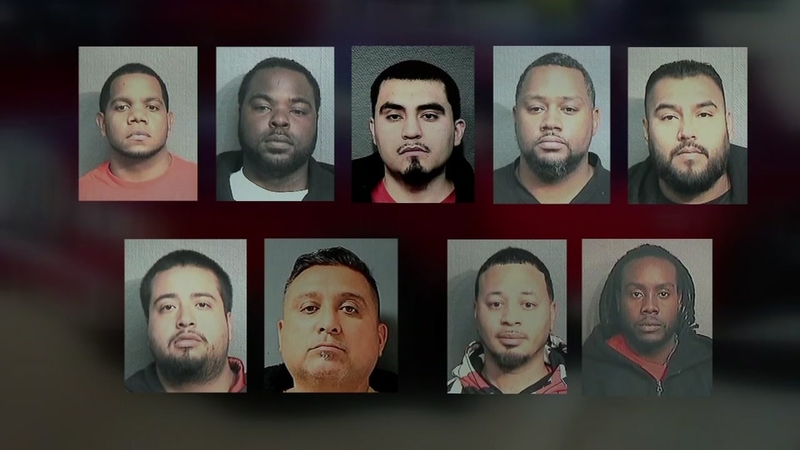 Christopher Lopez was among the nine men arrested. He's the man accused of chasing a teen driver before a deadly crash on New Year's Day.

RELATED: Christopher Lopez charged for stopping traffic under 'Be Someone' sign with members of car club

During a press conference Wednesday, police said at least 12 cars were used as part of the "Be Someone" freeway shutdown.

The alleged incident happened on Dec. 2 with a group of people as part of a car club. Police say they stopped traffic on I-45 for 20 minutes to take videos and photos.

"When you stop a freeway that is flowing at 65 to 75 mph, you start a domino effect," Acevedo said. "A domino effect that you don't know what's going to happen behind you as a result."

All nine men are now charged with obstruction of a highway, which is a class B misdemeanor.

"Be on notice that if somebody dies out of the chain reaction that you start, you're not looking at class B misdemeanor, you're looking at felony charges up to murder," Acevedo said.

Investigators told Eyewitness News that it took them six weeks to comb through cellphone video and piece together evidence to track down each of the cars and their owners.

Lopez is also charged with manslaughter, failure to stop and render aid, and aggravated assault with a deadly weapon in the New Year's Day incident.

Deputies said he chased a 14-year-old driver who egged his car, allegedly causing a deadly crash in north Houston.