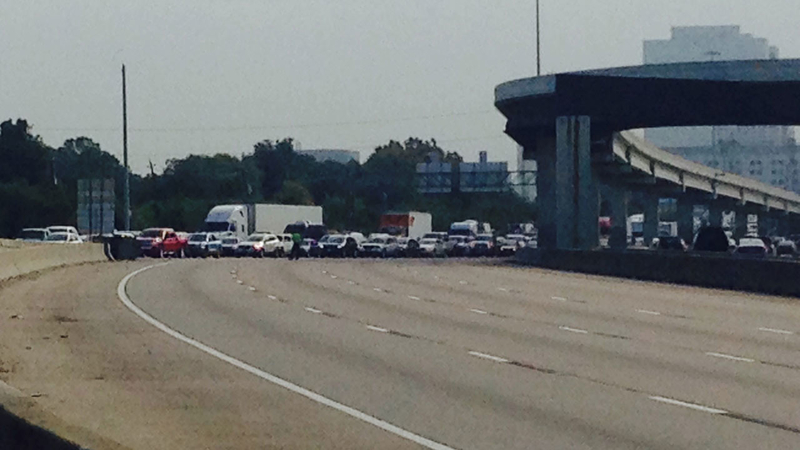 HOUSTON (KTRK) -- A truck carrying concrete debris tried to change lanes on an overpass and tipped over. That move shut down one of the busiest interchanges in the state of Texas for much of the late morning and early afternoon.

The driver, who was operating a truck with the company name HD Concrete on the side, told investigators he tried to change lanes as he moved from the Southwest Freeway southbound to the West Loop, southbound.

Concrete from that truck spilled onto the interchange and onto the freeway below, hitting several cars.

There were no injuries, but emergency crews were forced to shut down both that interchange and Highway 59 for several hours.

The truck also hit a concrete barrier on the overpass and the Texas Department of transportation with called to check its integrity. The barrier is intact.

HPD tells Eyewitness News the driver likely will be charged with failure to maintain lane.