Traffic deaths increases among this race more than others during pandemic, study shows 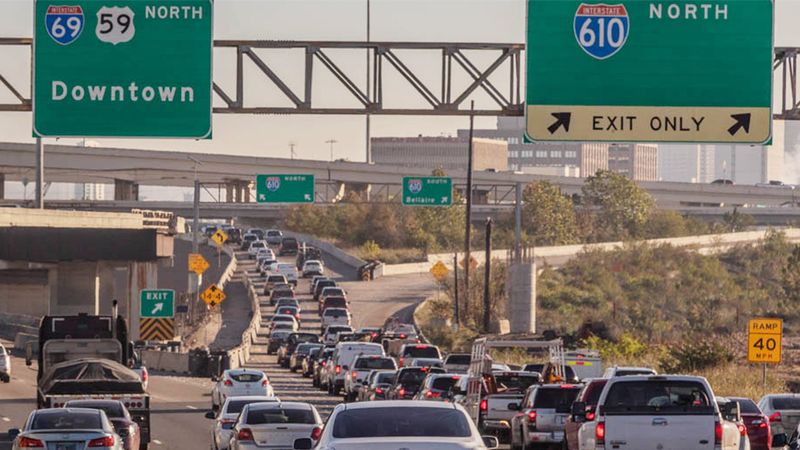 Traffic deaths up among Blacks more than any other race, study says

HOUSTON, Texas -- The number of Black people killed in traffic crashes rose 23% in 2020 compared to the year prior, according to early estimates from the National Highway Traffic Safety Administration.

Out of the 38,680 people that were killed in traffic crashes last year, 7,494 of them were Black -- the highest percentage increase out of any race. White people had the largest number of traffic deaths last year at 29,092, but the number increased by just 4% from the year prior.

The pandemic made the problem worse -- Black traffic fatalities, as a proportion of all fatalities, increased the most during lockdown, from March to December, according to NHTSA's data.

Destiny Thomas, an urban planner and founder and CEO of the California-based Thrivance Group, believes there are two main contributing factors.

"These are the communities that were our essential workers across the country," Thomas said. "Black folks in particular were more likely to suffer the negative impacts of compounding the location of disparity. Being a city worker means that you're at greater risk because you're on the road more than everyone, but it's also high-stakes driving. These are people who are getting paid hourly rates. If you're late three minutes, you're more likely to lose your job, and of course during a time of economic downturn and insecurity that pressure makes you make different types of decisions on the road."

The second factor, she explained, is lack of infrastructure.

"We live in communities that for generations, for decades, have been under-invested," Thomas said. "Everyone during the pandemic was driving faster because the roads were not as congested. So the implications for that in a community that has no functioning signal, less crossing opportunities, uneven pavement or unexpected community-wide construction are worse. There are still entire communities that don't have sidewalks. These things make sort of a perfect storm for increased fatality rates in Black families."

In a separate study published Tuesday, the Governors Highway Safety Association analyzed data from 2015 through 2019 and found that traffic crash fatalities "disproportionately affect Black, Indigenous, and People of Color."

The report is the first national analysis of this topic in more than a decade, according to the association.

"We conducted this analysis with the aim that it will help to inform decisions about highway safety planning, traffic enforcement and safety education so that we can have a baseline of what we need to do to better serve some of these communities and reduce crashes," Russ Martin, senior director of policy and government relations at GHSA, said in an interview with ABC News.

The data showed American Indian and Alaskan Natives were most likely to die in a traffic crash. Black people had the second-highest rate of traffic deaths.

The GHSA said to address the inequality in traffic safety, states and communities should prioritize infrastructure investments in underserved communities and ensure diverse representation in transportation leadership.