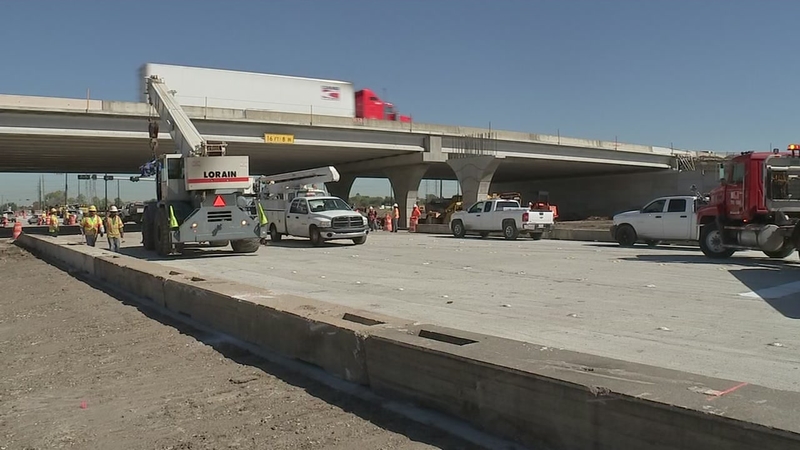 WEBSTER, TX (KTRK) -- Wednesday morning, the Baybrook Mall celebrated its grand opening of the highly anticipated expansion, but this area still faces one major challenge - the road work going on in that area. Currently, I-45 the Gulf Freeway is under construction. Because of this project, the El Dorado overpass and exit has been closed for road work. This exit happens to be a convenient way for commuters to get to the Baybrook Mall.

"The goal is to give the community their own destination for shopping, dining, entertainment in a family friendly atmosphere," said Gionnette.

Part of doing that is improving travel to the mall. They've added a new mall entrance off of I-45, and they've also improved parking.

"When the expansion is fully open, we will have added 3,000 additional parking spaces. In addition, valet services have been added with this expansion," added Gionnette.

However, there are still a few concerns. The El Dorado overpass and exit to the mall closed mid-summer and as of today, still isn't open, but that will change tomorrow, according to Deidrea George with TxDOT.

"We are happy to report that El Dorado will be opening tomorrow, so traffic will be able to go through El Dorado instead of having to detour," George said.

The other looming concern is when TxDOT plans to close Bay Area Boulevard - the other exit to Baybrook Mall.

"I definitely hope it's not closed over Christmas," said Gionnette.

El Dorado opens at 11am Thursday, November 19. Bay Area Boulevard's construction will take place in the first quarter of 2016 - long after the holiday shopping madness.