Trae Tha Truth pays it forward for the community he loves: Houston 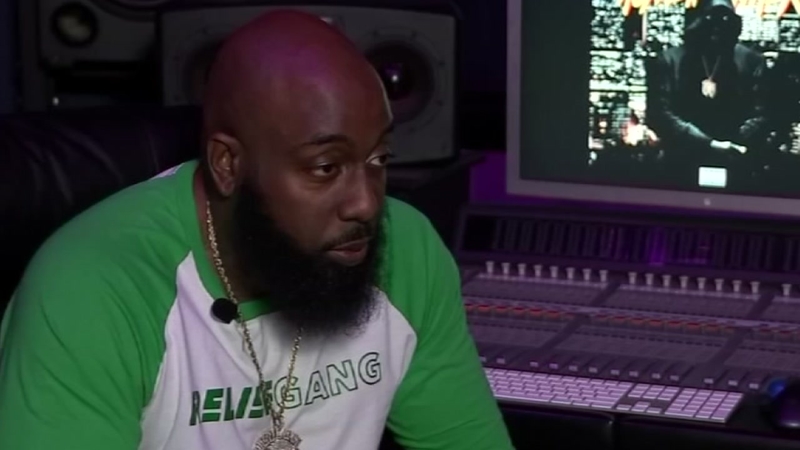 HOUSTON, Texas (KTRK) -- Frazier Thompson III was born on a hot July day in the 80s.

If you don't recognize that name, you might know him by his stage name: Trae Tha Truth. He came up in southwest Houston near Fondren and Airport and has seen a lot.

The name "Trae" comes from being a third. His friends nicknamed him "Tha Truth." Believe it or not, he never imagined doing music, but took it up as a hobby after his brother went away when he was 12.

The start in music appears to excel in whatever he puts his hand to. Over the years, he lit up the music scene and now serves as vice-president of T.I.'s label Hustle Gang. He did it in the midst of even more tribulation: his two sisters were murdered. His oldest son Neeko was born disabled. On top of that, he's in the middle of an ongoing legal battle with Radio One, which placed a lifetime ban on his music following a 2009 interview.

It was and still is a big blow financially.

"You take the good with the bad and it kind of mold you and build you," Trae said.

He's skilled at weathering the storm, explaining the moment when Hurricane Harvey rolled in.

"It's days after the hurricane and it's still raining. Ok, maybe it's going to stop. Ok, this water getting higher and higher, but it's going to fall back at some point. I'm going to ride it out till the end until it sink in, this isn't going to stop anytime soon," Trae recalled.

After being rescued himself, Trae jumped into action and hit the water during Harvey. He helped save countless people by boat and delivered supplies to the hardest hit areas.

He even got help from Beyonce.

From those efforts, Trae got award after award and even a key to the City of Houston. The "Relief Gang" was also born, a partnership with Justin Rogers, who goes by DJ Mr. Rogers on 93.7 FM.

After the storm, they've continued to visit the sick, rebuild houses, and surprise families in need with gifts and necessities.

"He's an inspiration to say the least. He's my big bro, even before the hurricane," Rogers said.

Trae put his musical career on hold to help the city he loves, but now he's back at it with a new project called "Hometown Hero."

"You're going to get the truth, that's always. But I think it's music people need at this time," Trae explained.

He's a philanthropist, a lyricist, a nonprofit organizer, a father, loyal friend, and a man with his own "Trae Day" every July. He's got a lot to look forward to, including a daughter on the way named Truth - and the smiles that light up his heart every time he gives back.

"That's what keep me going. Knowing that so many people look up and believe in what we doing."

In February, Trae and four others were given an official "Houston's Harvey Heroes Day". If you'd like to team up with Trae and his organization or sponsor a family in need, you can do so by emailing reliefgang@gmail.com.

Trae continues to help with relief efforts, but this time it's for the Carolinas.

Trae and his team, the Relief Gang, are on the way to the Carolinas to help with the Hurricane Florence recovery effort.

He posted a message on Instagram Tuesday night from the road, saying that he's on a mission to help those in need.